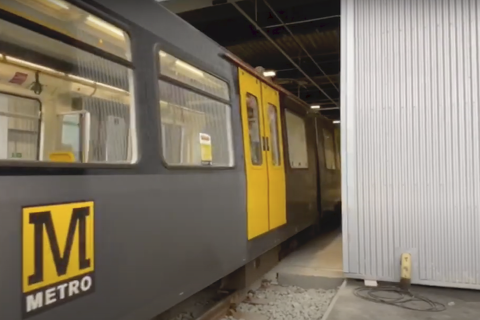 The second phase of work on the new 70 million pound (82 million euro) Gosforth Metro depot in Newcastle has been successfully completed. The new depot will be home to the new Metro train fleet, which is set to start arriving in North-East England at the end of the year. Stadler, the Swiss train manufacturer, is assembling 46 new Metro train sets on behalf of Metro operator, Nexus. Construction specialists Volker Fitzpatrick will complete the build on the new Metro depot.

This second phase of the depot refurbishment has seen new tracks laid and the new buildings handed over to the operators, ready to be fitted out. Demolition of the old buildings is scheduled to begin later this month. Full refurbishment of the Tyne and Wear Metro, serving Newcastle and Sunderland, has been anticipated for several years and is widely agreed to be well overdue.

The Tyne and Wear Metro was originally made up of several heavy rial lines taken over from the former British Railways, prior to the privatisation of the network in the mid-1990s. Much of the infrastructure still dates from that period, and has been overdue for replacement. 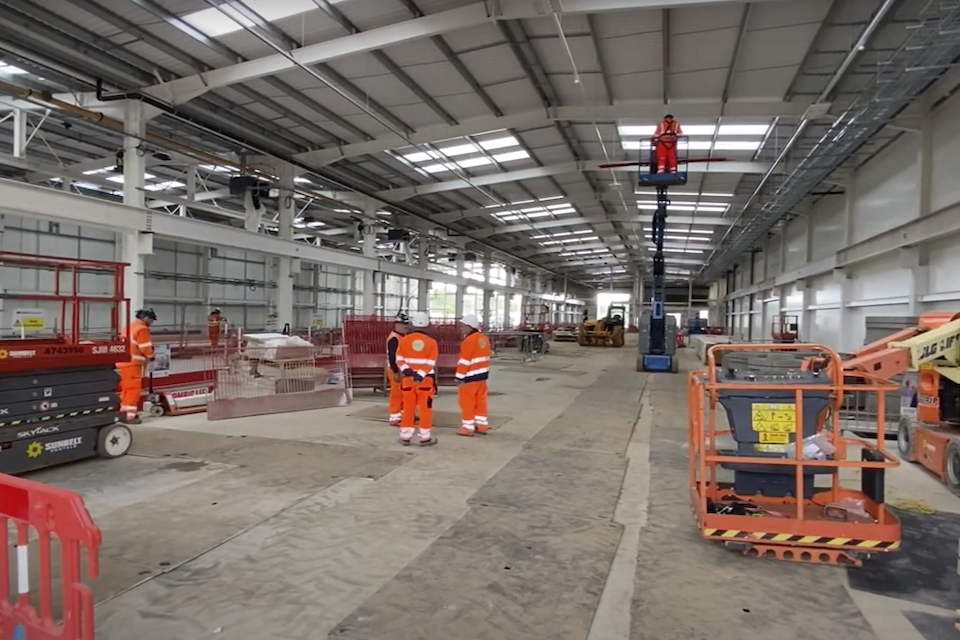 The former Gosforth depot building is 99 years old, and beyond further adaptation. Further works on new sidings are planned, ahead of more demolition work in early 2023. “The second phase of the depot project has been completed”, said Michael Richardson, Head of Fleet and Depot Replacement Programme for Nexus. “We are delighted with the progress that is being made on our new Gosforth depot, which will be a modern new home for the new Metro trains.”

The new depot, being delivered jointly by Stadler and Volker Fitzpatrick, will be a more sustainable, environmentally friendly facility; fit for the twenty-first century, say Nexus. “With the first new train set to arrive in Newcastle at the end of the year, work is well under way to build a modern, fit-for-purpose, technologically-sophisticated facility, with a focus on sustainability”, said Michael Steiner, Stadler’s Programme Director in Newcastle.

“It has been future-proofed to enable it to function effectively for the duration of Stadler’s 35-year contract, which sees us prioritise local people, local goods and local services”, added Steiner.

The building work has been configured to enable the current Metro fleet to continue operating from the Gosforth depot, while construction work takes place. Nexus is also using a smaller temporary train depot at Howdon, a short distance to the east of Newcastle.

The new facility, covering more than 48,000 square metres, has been designed to ensure maximum availability and reliability of the fleet for decades to come. Stadler has pledged to support the regional economy and involve as many Tyne and Wear-based companies in the project as it can. More than 90 percent of the suppliers used for the depot build project are based in the UK, with key suppliers from North East England.

The 46 new Metro trains will be vastly more reliable and more economical to run. Among the new features will be an automatic sliding step at every door of the new trains, making travel easier for Metro’s 50,000 wheelchair users.