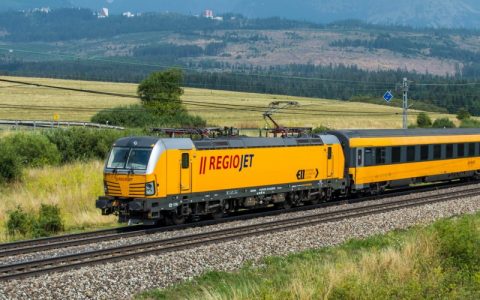 Czech Railways ČD and the Austrian ÖBB boycotted RegioJet to keep the operator from access to used rolling stock between 2012 and 2016, the European Commission says in a preliminary statement to the companies.

The collective boycott of open-access operator RegioJet by the national carriers of Austria and Czechia was aimed at maintaining their market position and impeding the expansion of RegioJet both in Czechia and on the international rail route between Prague and Vienna, the European Commission says in their initial accusation to the state-owned companies.

“In today’s Statement of Objections, we preliminarily found that ÖBB and ČD breached EU competition rules by colluding to hinder access to used wagons to a new entrant, RegioJet”, says Margrethe Vestager, Executive Vice-President in charge of competition policy at the European Commission. The investigation into the matter started with unannounced inspections in June 2016.

The suspected violations of EU competition rules include that in order to ensure that RegioJet could not acquire those wagons, ČD and ÖBB coordinated their actions to keep RegioJet from being able to buy the second-hand wagons.

The Statement of Objections that is sent to ÖBB and ČD is a formal step in the European Commission’s investigations into suspected violations of EU antitrust rules. Now, the Czech and Austrian railways have the opportunity to respond to the accusations. Should the Commission conclude that the rules were indeed breached, it can impose a fine of up to 10 percent of the company’s annual worldwide turnover.

“One of the biggest barriers to enter the rail market”

Czech rail company RegioJet entered the long-distance rail passenger transport market in Czechia back in 2011. For its operations, the independent operator largely relied on used wagons to be able to compete with ČD and ÖBB.

“Unlike in other transport sectors, access to second-hand vehicles is one of the biggest barriers to entry for newcomers and independent operators”, says AllRail in response, the organisation that represents independent railway operators, of which RegioJet is a member. “There is no functioning market for used long-distance coaches that are currently under the ownership of state incumbents, due to their inherited position as the sole national operator”.

Nick Brooks, Secretary General at AllRail will talk about the need for a better market for used rolling stock at the RailTech Europe conference on 23 June. Find more information and tickets here.