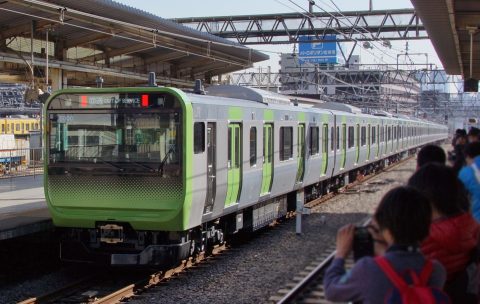 The above-ground Yamanote loop line is one of Japan’s oldest and most congested lines. It has a total length of 34 kilometres and calls at 30 stations.

JR East will be using two E235 series trains on the line to further tests the automated operations systems, which the company intends to implement in 2028. A train driver will still be on board the train. The system builds on the technology currently in use on the Joban Line, which already runs fully automated in and around Tokyo since last year.

The technology has been tweaked to provide a more natural acceleration and deceleration, which should increase passenger comfort and decrease energy consumption. In earlier autonomous driving tests conducted in February 2022 without passengers, it was found that the operating energy was reduced with around 12 per cent.

The tests are expected to conclude some time in early 2023, as improvements to the train cars following the trial runs are planned for the spring of that year.