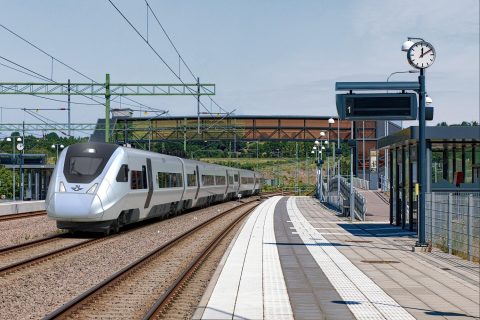 The Coradia Stream train sets will be used in the Germany state of Hesse and put into operation on the RE50 and RB51 lines, which means the train will run between Frankfurt and Bebra and between Frankfurt and Wächtersbach, respectively. The new train sets mean a marked increase in the number of available seats, 840 versus 720 during normal hours. At peak times, the trains can offer 1,080 seats.

Alstom previously bagged similar deals for regional trains for LNVH, the transportation company of the federal state of Lower Saxony, and for the Main-Weser subnetwork. The first new trains for Hesse are expected to enter service at year-end 2025.

The first of the 25 Zefiro Express electric high-speed trains for SJ in Sweden is slated for delivery in 2026. The contract for the trains has a value of 650 million euros and contains an option for an additional 15 trains. With an operating speed of 250 kilometres per hour, the trains are Sweden’s fastest ever.

Each train has a 363-seat capacity and is specifically designed for extreme weather conditions, such as harsh Scandinavian winters. The train sets will also be able to operate in Denmark and will later also be certified for operations in Norway.