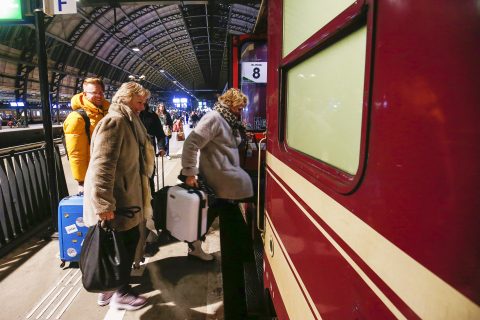 Travellers from the Netherlands will be able to use GreenCityTrip sleeper trains to reach new destinations in Austria, Italy, Denmark and Sweden from May 25 onwards. The company’s network now boasts 15 cities.

The GreenCityTrip sleeper trains, an initiative on the part of travel organisation Flywise Travel, will now travel to the Austrian cities of Salzburg and Linz, while in Italy customers will be able to reach Florence, Bologna, Como and Bolzano. The Danish capital of Kopenhagen is also included in the list, while further afield in Sweden Malmö and Göteborg were added as destinations. These cities are in addition to the existing destinations Prague, Vienna, Innsbruck, Milan, Venice and Verona.

The new additions come amidst high demand for tickets, according to co-owner Maarten Bastian. “We had anticipated a healthy demand, but it has exceeded all expectations”, he said. GreenCityTrip’s first sleeper train ran in October 2021. The company is targeting a further expansion of its network in 2023 with the purchase of new train cars.

The existing sleeper train uses 16 train cars and a Siemens BR 189 locomotive. The train has a total length of 442 metres and a passenger capacity of 691 people excluding staff. GreenCityTrip offers five-day packages, which means two nights in a hotel on site, while the nights travelling to and from a destination are spent on board. Travellers can opt for economie class, premium class and luxury class. A dining car is absent.