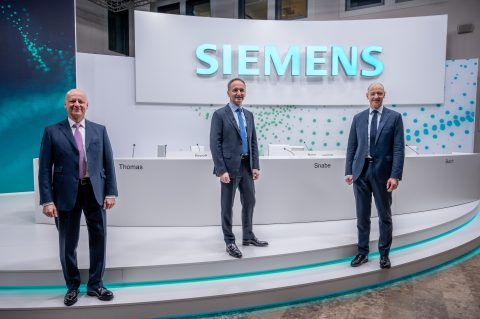 Siemens Mobility’s revenue was up 10 percent in the first quarter, hitting 2,41 billion euros. Profit increased by 3 percent to 224 million euros. As such the division contributed to parent company Siemens’ 20-percent jump in profit to 1,8 billion euros.

While the Mobility division was profitable, its net income and profitability were actually “held back by a less favorable project mix in the rail infrastructure business” compared to last year, Siemens said. Siemens Mobility remains on track for revenue growth of 5 to 8 percent over the fiscal 2022. Its profit margin is set to come out at 12 to 13 percent, compared with some 9,3 percent in the past quarter.

Major orders from DB and Railpool

The main driver behind its order volume was the recent purchase by Deutsche Bahn of 43 additional Velaro MS highspeed trains (ICE 3neo) to the tune of 1,5 billion euros. Siemens Mobility also received around 500 million euros worth in orders for its Vectron and Vectron Dual Mode locomotives. Railpool, DB Cargo and Akiem were among the companies Siemens was able to reach agreements with.

Meanwhile, it also bagged orders for train control systems, chief among them the 270-million euro order by Sporveien of Norway for the modernisation of the Olso Metro.