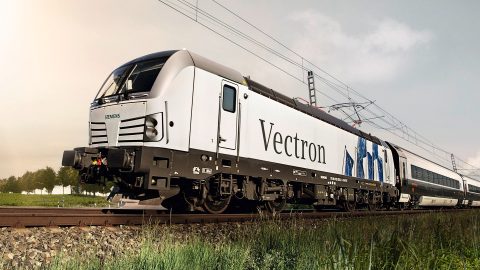 The journey of Siemens’ Vectron locomotive

According to the latest statistics, almost 1,200 Siemens Vectron locomotives had been sold by autumn 2021 to 56 customers, whether they are public or private companies. Frédéric de Kemmeter dives into the background and success of the locomotive.

The Vectron locomotive is currently approved in some 20 countries, including Belgium and the Netherlands, but not yet in Luxembourg, France or Spain.

It all started in the 1990s, when manufacturers began to develop their own locomotives, while there aren’t railway company asking for them. The industry then took the lead and stopped being a simple subcontractor of the public railway companies.

Siemens began its ‘Eurosprinter’ programme, which initially manifested itself in the giant sale of 382 ‘Taurus’ locomotives for the Austrian ÖBB between 2000 and 2005. Some of the machines were suitable for operation in Italy. Between 2011 and 2013, the SNCB has also bought 120 locomotives based on Eurosprinter technology.

This Belgian sale and the Italian experience gave Siemens a better understanding of direct current technology, whereas the company had previously had experience with 15kV alternating current from its historical German supplier.

The experience gained in all voltage and current types meant that Siemens had to provide a locomotive that was more technically flexible and more in line with new standards and regulations.

In 2006, Siemens launched a new platform to catch up Bombardier with his massive sale of the Traxx locomotives. Called Vectron, Siemens launched a commercial concept that would allow the locomotive to compete for all tenders in Europe. Nearly eight sub-series were created to offer a complete range of machines: AC (alternating current), DC (direct current), MS (multi-system), DE (diesel), etc. They were presented at Innotrans in 2010.

The München-Allach factory, north of Munich, has been following the Toyota production principles, which were introduced in Germany in the early 1980s. The state-of-the-art “lean manufacturing“ production techniques are today widely used in the automotive industry. Siemens wanted to do the same with its locomotive production.

The modular design of the Vectron has been pushed very far, as has its production line. This allows customers to have a range of options available. Contrary to the old production, the locomotive is not built in one location but moves around the factory as the components are integrated.

The Vectron production at München-Allach is based on a five-day cycle. All items and modules of each locomotive move week by week from manufacturing to painting, pre-assembly, final assembly, testing and commissioning. In other words, each assembly station builds its components or assemblies in five days as an integrated part of the timescale for the whole locomotive. 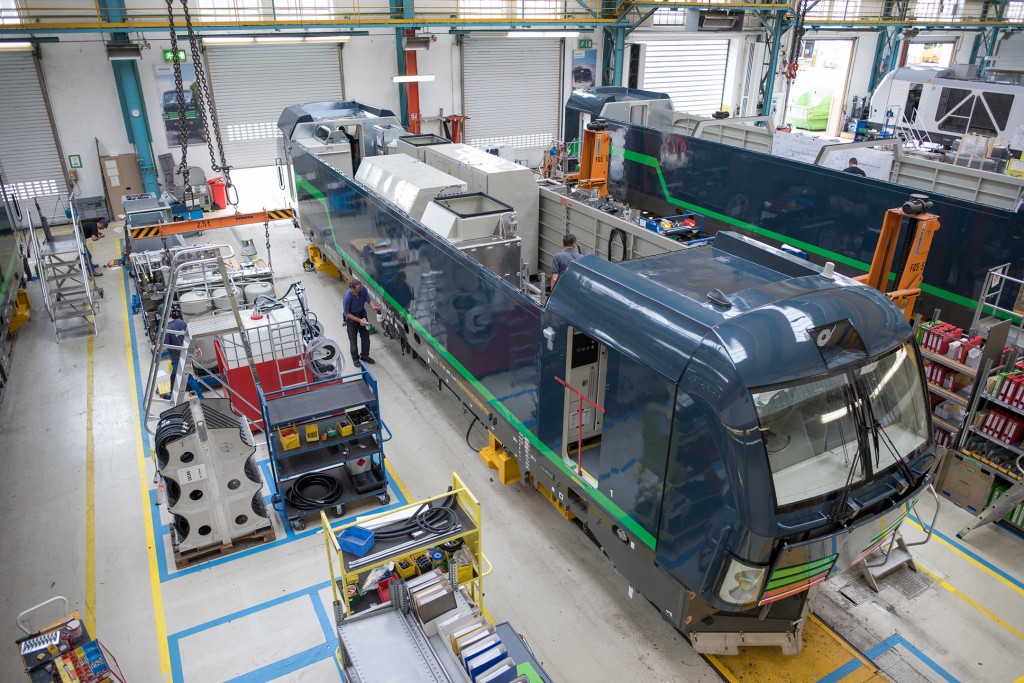 Since the Vectron family has been developed as a modular system of components, the configuration of different AC, DC, MS or diesel types can be realised jointly in what is known as a one piece flow. This enables production to take place as if it were for a batch of identical machines, but each locomotive can nevertheless be individually customised.

At Siemens, all electrical and electronic equipments are distributed on either side of a central corridor. The driver’s cabins are built separately in a separate hall. The same applies to the bogies and electrical equipment, which are assembled in separate blocks.

For operators who want a locomotive very quickly, Siemens developed a low-cost Vectron in 2018 called “Smartron”. This series, which is in line with Siemens’ “Smartes Konzept” policy, consists of offering operators a standard, approved locomotive with a standard contract and a fixed price very quickly. In this case, the customer has no choice of options.

Digitalisation is a major element in Siemens’s business strategies. Every locomotive or rail vehicle sends over 1 billion pieces of data per annum to Siemens’s Data Services Centre in München. The Rail Service Centre has a 2,000 square metres under cover servicing hall with space where two locomotives can simultaneously be subjected to preventive and corrective maintenance.

In the adjacent offices of the Data Services Center and the Support Center, the company has experts working at full speed developing algorithms that enable faults on the vehicle to be detected and eliminated in advance.