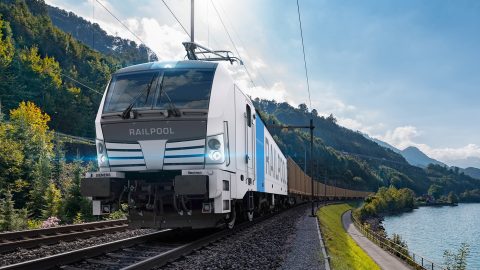 Rolling stock leaser Railpool is expanding its fleet with an order of 100 locomotives from Siemens Mobility. The various locomotive variants will be used on different European rail corridors (north-south and east-west) and can be operated in up to 18 countries.

The two companies signed a framework agreement at the turn of the year. The first call for 70 locomotives was placed at the signing of the contract. The Germany-based Railpool operates in 17 European countries, and features around 400 locomotives and 148 passenger vehicles for leasing.

“It’s becoming more and more important for our customers to be able to use their locomotives flexibly based on the needs in different European countries”, said Torsten Lehnert, CEO of Railpool GmbH. “With the purchase of additional Vectron locomotives with universal applicability, we are responding to these market needs and are also sending a positive and ecofriendly signal in a growing railway sector.”

The Vectron locomotives ordered by Railpool have a maximum power at wheel of 6.4 megawatts and a top speed of 200 km/h. They are also equipped with the required national train control systems and the European Train Control System (ETCS). Railpool previously ordered 20 Vectron MS locomotives from Siemens Mobility last year.