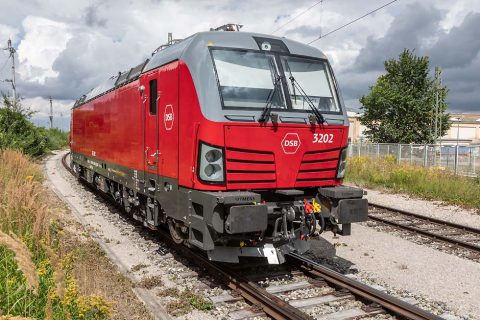 It all started in the 1990s, when manufacturers began to develop their own locomotives, without any railway company asking for them. The industry took the lead and stopped being a mere subcontractor of the public railway companies. Siemens began its ‘Eurosprinter’ programme, which initially manifested itself in the giant sale of 382 ‘Taurus’ locomotives for the Austrian ÖBB between 2000 and 2005. Some of the vehicles were suitable for operation in Italy.

Between 2011 and 2013, the SNCB also sold 120 locomotives based on Eurosprinter technology. This Belgian sale and the Italian experience gave Siemens a better understanding of the DC (direct current) technology, whereas the company had since many decades only experience with 15kV AC from its historical German supplier.

The experience gained in all voltage and current types meant that Siemens had to provide a locomotive that was more technically flexible and more in line with new standards and regulations. In 2006, Siemens launched a new platform to catch up with the massive sale of the Traxx locomotive by its competitor Bombardier. Called Vectron, Siemens launched a commercial concept that would allow the locomotive to compete for all tenders in Europe. Nearly eight sub-series were created to offer a complete range of machines: AC (alternating current), DC (direct current), MS (multi-system), DE (diesel), and more. They were presented at Innotrans in 2010.

For operators who want a locomotive very quickly, Siemens developed in 2018 a low-cost Vectron called “Smartron”. This series, which is in line with Siemens’ “Smart Concept” policy, consists of offering operators a standard, approved locomotive with a standard contract and a fixed price very quickly.

To date, the Vectron in all its sub-series has been sold in 19 countries, including Turkey and Denmark. Last week, the Danish public operator DSB received one of the 18 Vectrons it had ordered. This was the 1000th to leave the assembly plant in Munich-Allach.

Approved in the Netherlands and Belgium

The multi-system variant of the Vectron locomotive received certification by the Dutch safety authority ILT on September 21, 2017 for operating in the Netherlands. Belgium approved the Vectron MS (multi-system) in 2020, which meant that DB Cargo Belgium could operate on the Infrabel network for the first time in August 2020. With this authorization, the Vectron now has access to the ports and has reached an important milestone to serve the entire Rhine-Alpine Corridor with Austria, Germany, Italy, the Netherlands and Switzerland. In February 2021, the Swiss operator BLS Cargo started operating its own Vectrons in Antwerp. In France, approval is not expected until 2023 or 2024.

Observation of Vectron operations in all European countries shows that they are mainly used on freight trains, where the need for interoperability and flexibility is greatest. However, the Danes and soon the Austrians operate them on passenger trains.

To date 1,100 Vectron locomotives have so far been ordered by 56 customers, of which 1,000 have already been delivered. The Vectron is not only used by operators but also by leasing companies. Railpool has awarded Siemens Mobility a contract for the supply of 20 Vectron MS for use in 11 countries, mainly in south-eastern Europe. The Polish leasing company Cargounit has also signed a framework contract for the supply and maintenance of up to 30 Vectron MS locomotives.