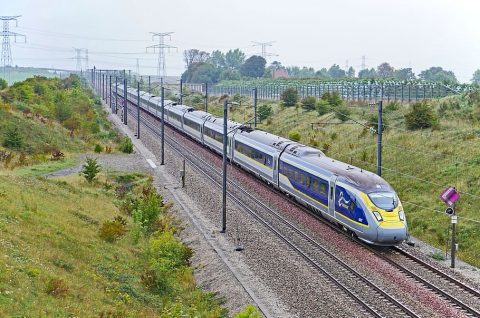 Thalys to be renamed Eurostar in the future

High-speed train operators Eurostar and Thalys are resuming plans to merge. The merged company will be based in Belgium and the Thalys brand will eventually disappear.

The merger between Thalys and Eurostar has been relaunched. The merged holding company will be based in Brussels. SNCF will be the majority shareholder of this holding company while SNCB will inherit 18.5% of the shares. This was confirmed by Sophie Dutordoir, CEO of SNCB, last Monday during the visit of the Connecting Europe Express train in Brussels. The process of pooling resources is expected to take at least two more years.

The two international TGV entities majority controlled by SNCF will continue to exist legally, but under a new holding company, majority owned by SNCF Voyageurs (55.75 percent) and with its headquarters in Brussels. Within two to three years, ‘Eurostar’ will become the sole brand for high-speed trains. The result would be a company with a turnover of €1.6 billion (Thalys €1.1 billion, Eurostar €0.5 billion) and 18.5 million passengers (11 million on one side, 7.5 on the other), taking into account the figures for 2019.

For its part, Thalys is a French-Belgian high-speed train operator originally built around the LGV Nord high-speed line between Paris and Brussels. Services were launched in June 1996. Together, the two companies share the high speed network on a European area of more than 75 millions citizens between London, Paris, Amsterdam and Cologne. In recent years, both companies seemed to have reached a peak and were looking for new growth markets. Since April 2018, Eurostar has been serving Amsterdam on the same route as Thalys.

The pandemic obviously interrupted the growth of both companies and Eurostar even came close to bankruptcy in May 2021, before it was fortunately recapitalised. With the easing of health restrictions, traffic has gradually recovered, though not to the volumes of 2019.

Towards a new railway landscape

Major crises are often an opportunity to reconsider things. Although the Green Speed project matured before the pandemic, the rail landscape could be changing in the next few years. We can already see this with the arrival of the SNCF in Spain under the Ouigo brand, and also with the arrival of the Thello high-speed train on the Milan-Lyon-Paris route. It is possible that Deutsche Bahn will make expansion plans in the future. All this provides an additional argument for consolidating high-speed trains in the Benelux, Northern France and England, an area where SNCF intends to remain the leader.

The TGV fleet should contain about 50 trains. It is not known at present whether the Thalys trains will be replaced in the long term, as Thalys, unlike Eurostar, has never placed an order for new rolling stock. The Eurostar e320 trains could replace some Thalys trains that are beginning to age, notably the TGV-R trains (“TGV-Réseau”). On the other hand, customs operations, which have incorporated the Brexit, will of course remain in force for traffic to Britain. The ticketing will of course also be merged, for the benefit of the almost 20 million annual customers that the new entity will have.