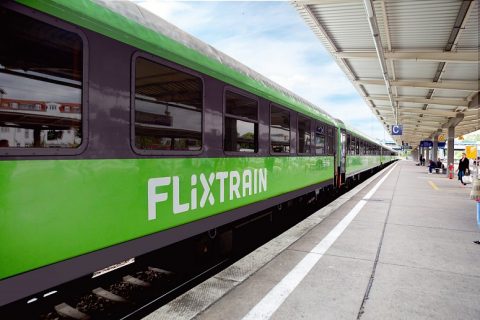 Private operator FlixTrain has increased the number of seats between 20 and 50 percent on all routes in Germany. From now on, they also guarantee a seat for every traveler – at no extra charge. FlixTrain is by its own admission the only train company that offers this.

The increase in seats comes after a recent expansion in the number of routes in Germany. In May and June, the open-access operator doubled the number of routes and connected a total of 16 new cities. With the expansion, they also launched their first night train, which runs from Munich to Hamburg via Berlin.

In addition to offering more seats, FlixTrain trains have a renewed interior. New seats, sockets, modernised toilets and Wi-Fi including free entertainment are among the changes.

From bus to train

Originally, parent company FlixMobility only offered bus rides. Since the start in 2013, the green buses have expanded across Europe and the United States. They plan to enter the Brazilian bus market at the end of 2021. The mobility provider has been on the rails with FlixTrain since 2018, starting in its home country Germany. Just like it’s road counterpart FlixBus, FlixTrain’s business model is based on partnerships with other, medium-sized transport companies.

Sweden is the next country where the trains now run from Stockholm to Gothenburg. Ticket sale in Sweden started last May.