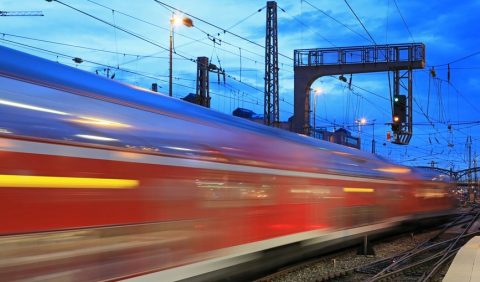 Acquiring trains, but also parking and maintaining the rolling stock are some of the biggest obstacles for new providers of international rail travel. “Workshops and sites are almost all in the hands of the major national carriers in government hands, as a startup it’s almost impossible to get between it”, says Romain Payet, co-founder of Midnight Trains. They are a new company that wants to run luxurious night trains between major European cities.

Payet is one of the 70 drafters and signatories of the European Rail Startup Manifesto, which was presented on Tuesday. The document contains 35 recommendations for the European Commission to stimulate innovation on the railways. During an online roundtable discussion, ten startups took the floor to present some of the 35 ideas to MEP Anna Deparnay-Grunenberg, rapporteur of the European Committee for the Regions Robert van Asten and Carlo Borghini of Shift2Rail.

How to acquire rolling stock?

One of them was Midnight Trains, a new night train provider that plans to run trains from Paris to cities such as Madrid, Barcelona, ​​Rome, Berlin, Copenhagen and Edinburgh from 2024. According to the founders, the emphasis is on comfort, luxury and privacy. The French company indicated at the start in June that it was still negotiating with vehicle owners and carriers for equipment and access to the railway. But according to co-founder Romain Payet, facilities to clean, resupply and maintain rolling stock are proving at least as much of a challenge.

“We need hubs near the major cities we want to run trains to, but these types of sites and workshops are often owned by large national carriers under state ownership. These facilities should be independent so that all carriers, large and small, established or new, can use them. To maximise a start up’s chance of success, investments should be minimal, as should financial risks. It is inconceivable that we could build our own maintenance companies.”

Railcoop, a new carrier that is working in France on a connection between Bordeaux and Lyon, among others, also says it is encountering many restrictions. Especially when finding rolling stock. “Europe could do something about that”, says director Nicolas Debaisieux. “There is no European market for rolling stock. This is due to the different requirements per country. We have been looking for new trains for two years to be able to travel in France. Among others with German, Swiss and Italian suppliers. It takes four years and several million euros to get them. Startups and smaller companies cannot afford that.”

Anna Deparnay-Grunenberg of the European Parliament proposes to set up a European pool for rolling stock and says that she is also discussing this with the European Investment Bank. “I also think the problem is that train builders are used to large orders for large carriers in different series. They will not develop anything new for an order for two trains. Modular platforms could change this.”

According to Debaisieux, it starts with a European technical standard for infrastructure and rolling stock. “We in Europe cannot afford to wait another 30 years. On the one hand for achieving sustainability goals, but also for the industry itself. The lead that the European rail sector once had with the development of communication systems and ERTMS has now been overtaken by other countries, with China leading the way. I think we should put all our energy into achieving a European market for railway equipment. Otherwise we will lose the battle in the global rail sector.”