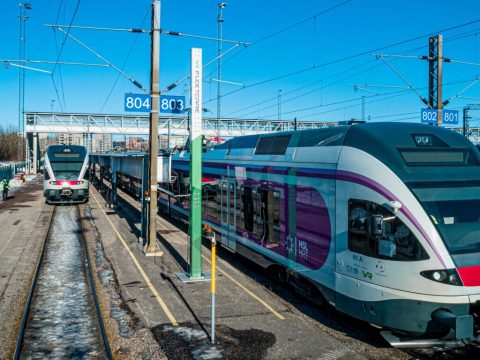 Rolling stock maintenance company VR FleetCare will deploy Train Scanner next month, a device designed to automatically inspect the external condition of trains. The device will be used for the maintenance of Helsinki Region Transport’s rolling stock. The company’s objective is to be able to reliably identify any malfunctions and stains on the exterior of trains.

The TrainScanner has been developed by VR FleetCare and Vire Labs, a Finnish company providing IoT solutions based on machine intelligence. The device is based on machine vision, shape recognition and artificial intelligence. 6.5-metre-high poles with laser scanners and cameras are installed on both sides of the track and scan the trains that drive past it.

Train Scanner has now been piloted for one year, with excellent results according to VR. In June, the device will be deployed by the first customer and owner of rolling stock. Flirt commuter trains of the Helsinki region will be inspected using Train Scanner by driving the trains past the device before arriving to the depot. 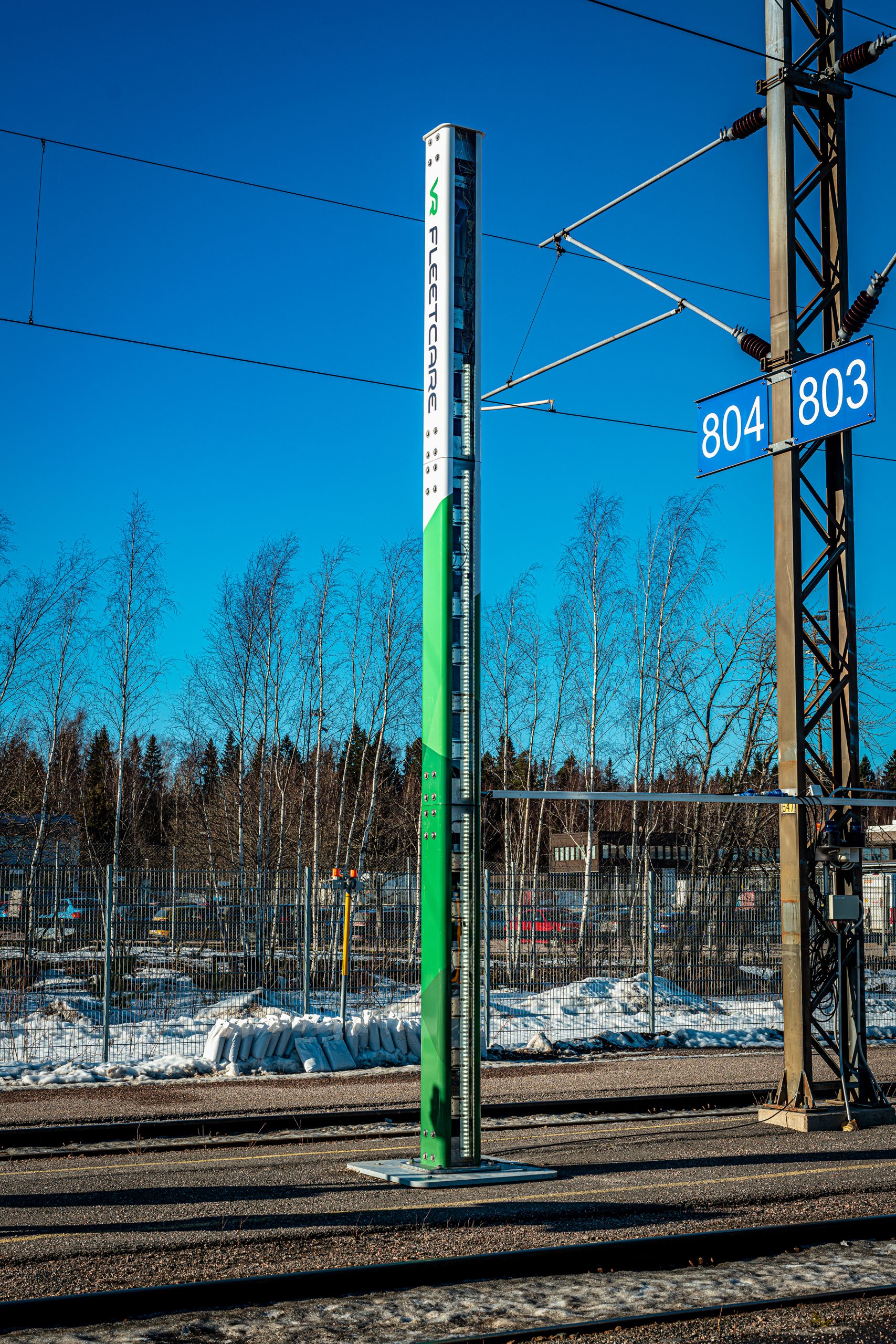 The sides and roof of the train are scanned with a line camera with extremely high imaging speed and analysis accuracy. The resolution is approximately a few millimetres. The data from the scanner is instantly processed by means of edge computing that analyses the data and reports any deviations.

The scanner is for example able to detect loose bolts, leakages, open hatches and broken springs. The information is available for the train maintenance operator in almost no time. The data is also stored in a cloud service for further analysis.

“The shutter speed and resolution of the camera could be compared to photo-finish cameras used in sports competitions, for instance,” says Samuli Suuriniemi, Project Manager at VR FleetCare who oversaw the development work of Train Scanner.

“We taught the device how a train should look like so that it can automatically detect any deviations. Artificial intelligence becomes increasingly more accurate based on the feedback the device receives from humans. The final objective is to be able to detect any rolling stock malfunctions in a reliable manner”, says Suuriniemi.

Up until now, Train Scanner has been only tested with passenger trains but due to its scalability, the device can be used to inspect any rolling stock. In border control, for instance, Train Scanner could be used at border stations to automatically detect whether the size of a wagon adheres to the local instructions or used to verify the safety of wagons.

The condition of rolling stock is constantly assessed, and safety is improved as the system can detect the malfunctioning components of a bogie, for example. It will also be possible to accurately define maintenance intervals in the future. Inspection intervals can be easily increased as well, explains Suuriniemi.

“Automated inspection of rolling stock will be one of the most important changes made possible by the current technology, and the benefits for the owner of the rolling stock include improved quality of maintenance and better usability of the rolling stock”, says Vice President of Digital Services and Supply Chain of VR FleetCare Mihail Lipiäinen. “Based on the results obtained so far, we know that the technology is working, and we can provide Train Scanner to our current and new customers during the year 2021”.

Watch a video about the TrainScanner below: