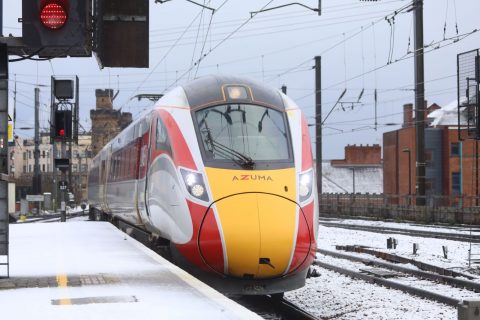 What next for the UK rail industry, with a significant proportion of the passenger fleet taken off line for urgent safety inspections? The shock news of hairline fractures in the 800 series Intercity Express fleet came just as passenger numbers were beginning to recover and has thrown the country’s travel plans into chaos. With almost 200 entire train sets – over 4000 units – taken out of service overnight, the blow to confidence in the rail industry has been massive. With the exception of election results across the UK, the story has been top of the news agenda ever since.

Rail passengers in the UK face a prolonged period of uncertainty and severe disruption after a huge fleet of trains weer withdrawn from service, pending urgent safety checks. As reported on Saturday (8 May), all of the UK fleet of 800 series Hitachi designed trains were grounded following discovery of fractures in the metalwork, affecting the integrity of the trains in operation. Four operators, serving England, Scotland and Wales were forced to cancel services, leaving thousands of passengers stranded. No immediate end is in sight for the industry.

The high safety standard to which the rail industry operates has forced the immediate withdrawal of 182 sets for high speed Hitachi designed trains, originally designated Intercity Express under the terms of the UK government procurement, and known in service as the 800 series. The trains are in operation with four companies under various branding. They form the vanguard of many prestige services, linking London with Scotland, the north of England, South Wales and the West Country.

Primary operators are LNER – the government backed shadow company responsible for most services on the East Coast Main Line (ECML), and GWR, a commercial operator working out of London Paddington, serving Swindon, Bristol, Plymouth and the West Country, and South Wales, including Newport, Cardiff and Swansea. Other operators with the 800 series in their fleets are Hull Trains – an open access operators running services form Humberside to London; and TransPennine Express, who have branded the trains as their Nova fleet and connect cities all over the South of Scotland and the North of England.

The problems were first made public on the morning of Saturday 8 May, leaving the weekend plans of passengers and operators in tatters. GWR and LNER, the companies who first took delivery of the trains up to five years ago, were worst hit. GWR had used the trains to replace their ageing but still much respected InterCity125 diesels – commonly known as the HSTs or “High Speed Trains”. Although over forty years old, they were still among the passengers’ favourites -albeit becoming increasingly difficult to maintain. The 800 series that replaced them were able to take advantage of a recent electrification programme, and also run bi-mode into parts of the network not yet wired.

LNER had a mixed fleet which included some HSTs, but their mainstay has been a fleet of electric train sets, with class 91 designated power cars running fixed formations between London, Leeds, Newcastle and Edinburgh. HSTs were used on longer distance routes to Aberdeen and Inverness, but were forced to run their diesel-only power units for hundreds of kilometres under the ECML wires.

Hull Trains, who operate four sets, and TransPennine Express (TPE) who only recently took delivery of the 800 series, have been less affected. Latest reports say all of TPE’s fleet has been cleared to continue running. They have a smaller and younger fleet. Hull Trains are likely to be in the same position. The picture though is not so good for LNER and GWR. The East Coast operators say they will consider reintroducing their recently retired class 91 sets. However , there are not enough to replace the entire timetable and bringing the trains back from cold storage is a technical and operational challenge. 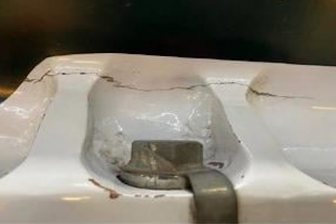 GWR was the first operator to discover the problem. Routine inspections as their Stoke Gifford depot near Bristol revealed cracks in the aluminium dampers that connect the bogies to the body-shell of the train. These ‘yaw dampers’ stabilise the ride of the train and make both the running smoother and the strain on the components less challenging. British newspapers obtained pictures from the independent watchdog, the Rail Safety and Standards Board (RSSB), showing extensive lateral cracks clearly visible along the length of the components in question. The engineering implication is a metal fatigue issue, which may well prove difficult and costly to remedy.

Hull Trains were however back in operation by Tuesday. “We are pleased to confirm that following thorough checks by Hitachi on the Hull Trains Fleet of Class 800 series trains, all our services have now resumed as normal”, said a company statement.

However, the youngest examples of the fleet, those in service with TPE have not been as quickly returned to traffic. “Customers are advised that an amended timetable will be in place from Tuesday 11 May until further notice and will impact TransPennine Express services between York and Newcastle / Edinburgh”, said the company. “This is due to a number of our Nova 1 trains that require repairs following an ongoing issue currently being investigated with the train manufacturer, Hitachi. We will keep the situation under close and constant review.”

More widespread and who pays the bill

On Monday (10 May) a similar problem was found on Hitachi built trains running with ScotRail. This different design, designated class 385, is a fleet of electric multiple units, utilised on express inter-urban services, including the flagship Edinburgh – Glasgow service. So far, the problem in Scotland has not proved to be a safety issue. However, some sources have said that a number of LNER trains were withdrawn from service at the end of April with similar problems.

The industry has already made clear that the safety case for rail transport far exceeds any other surface transport mode. They say it is comparable with the stringent regulations of the aerospace industry, the industry. However, other sources quoted in the UK media have said the safety checks could cause delays deep into this week and beyond. Calls have been made already for Hitachi to foot the repair bill and compensate the operators. Under the current management arrangements that would mean paying a penalty to the UK government, who have taken emergency control of much of the railway during the pandemic. Ironically, it was the government who procured the train sets in the first instance, at significant cost to the taxpayer.