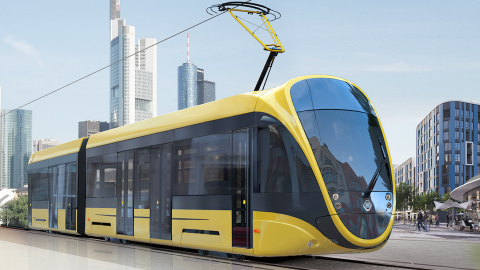 Ukrainian tram manufacturer Tatra-Yug will deliver 17 low-floor light rail vehicles to the Romanian city of Craiova. The company won the first procurement proceeding in Romania. This country will become the second foreign market for the Ukrainian manufacturer after Egypt.

Earlier, the municipal transport company Regie Autonoma de Transport Craiova (RAT Craiova) was upgrading its tram fleet with secondhand vehicles purchased in the Netherlands of Germany. Now the public transport operator is focused on acquiring the new trams and is supported by the Ministry of Public Works, Development and Administration of Romania. The latter allocated money for purchasing 17 new low-floor trams. After several failed attempts, the governmental body launched the dedicated procurement proceeding in October 2019.

Four manufacturers participated in the tender. Among them were Durmazlar and Bozankaya from Turkey, Pesa from Poland and Tatra-Yug from Ukraine. The Ukrainian company won by offering the lowest price: 1.7 million euros per tram. Tatra-Yug will supply to Craiova its 27-metre-long low-floor trams of K1-T206 series. It is the brand new type of low-floor light rail vehicles that is currently being developed. The first tram will be demonstrated this autumn.

Craiova will become the second foreign city where the trams of Tatra-Yug will run. In February 2017 the Ukrainian company was awarded the contract in Egypt. According to the agreement, it will deliver 15 high-floor trams to the city of Alexandria. Each vehicle has two sections and a length of 22 metres. The first tram was delivered to Egypt at the beginning of 2019. It was rolled out on the city routes in March 2019. By February 2020, Tatra-Yug supplied eight vehicles to Alexandria. The remaining batch (seven units) will be delivered in the coming years.