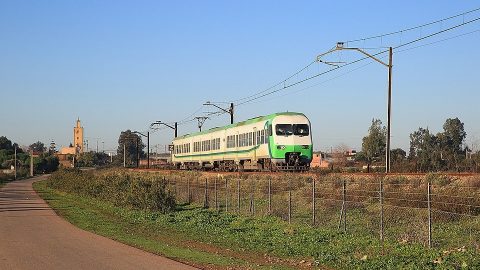 The Moroccan rail operator ONCF has ordered an audit and diagnosis of the passenger trains. 12 Belgian-made electric multiple units of the ZMC type were checked by the Brussels-based technology company Transurb. It examined the braking system of this type.

The ZMC three-car trains were produced by the Belgian rolling stock manufacturer La Brugeoise et Nivelles (now a part of Bombardier Transportation). They are similar to the AM80 vehicles still operated by NMBS/SNCB. La Brugeoise et Nivelles assembled around 140 vehicles of this type, 14 of them were delivered to Morocco. The first batch of eight trains was supplied in 1983-1984, the second delivery was made in 1992. Besides Belgium and Morocco, two AM80 trains ran in Luxembourg. The country’s railway operator CFL sold them to NMBS/SNCB.