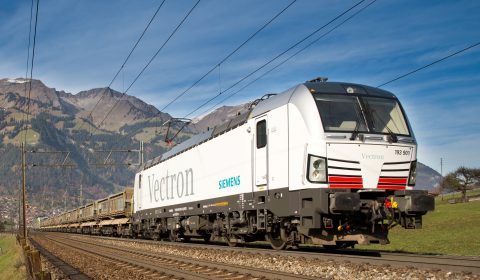 The agreement follows the signing of a memorandum of understanding on 26 september 2017. The new formed company will become the second largest player in mobility. Siemens will receive 50 percent of the newly issued share capital of the merged entity. Siemens Alstom will be fully consolidated in Siemens’ financial statements.

Siemens will be gaining a stake in Alstom. Siemens will be contributing its Mobility Division as well as its rail traction drives business and will receive shares in Alstom in exchange. Alstom’s existing shareholders will be receiving two special dividends from Alstom. The transaction does not involve money from Siemens.

More than 62,000 employees will work for Siemens Alstom in all parts of the globe. The new company will have revenue of 15.3 billion euros and profits of1.2 billion euros. The Siemens Alstom headquarters as well as the management team for rolling stock will be located in the Paris area. The combined entity will remain listed in France. The headquarters of the Mobility Solutions business will be located in Berlin, Germany.

The signing of the final contracts will take place following completion of the consultations with the French Works Councils of both companies. Other conditions will have to be fulfilled in order for the transaction to close. Among other things, this will require the approval of several French authorities, clearance from the antitrust authorities and the approval of an extraordinary general meeting of Alstom’s shareholders.

In parallel, Siemens will be carving out its worldwide mobility business and bringing it together to form a legally separate entity that will then be contributed to Siemens Alstom when the transaction is closed.

Alstom offers a variety of railway solutions such as high-speed trains metros and tramways but also passenger solutions, infrastructure and signaling solutions. The company recorded sales of 7.3 billion euros and booked 10.0 billion euros of orders in the 2016/17 fiscal year.

Siemens AG focuses on the areas of electrification, automation and digitalization. Siemens offers infrastructure solutions as well as automation, drive and software solutions for industry. In 2016 Siemens generated revenue of 79.6 billion euros and net income of 5.6 billion euros.