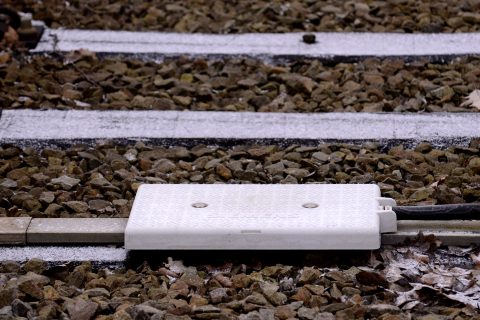 Infrabel has installed ETCS on 740 kilometres of railway lines in 2022, the Belgium infrastructure manager announced recently. Work is currently ongoing between the cities of Liège and Leuven, with the ultimate aim of having all trains in Belgium run with ETCS by 2025.

At present, 49 percent or 3.144 kilometres have been equipped with ETCS, which makes Belgium a front-runner. In December, Infrabel was able to rollout ETCS on 58 kilometres of railway in a single night in Brussels. In the coming period, Infrabel will be working near the town of Borgworm between Liège and Leuven through February 4.

Infrabel is implementing a combination of ETCS levels, ranging from ETCS 1 LS (Limited Supervision) to ETCS1+2 FS (Full Supervision). For the installation of ETCS level 1 FS and ETCS 2 FS, subsidies are available from the federal government and the EU. Such project include the deployment on line 16 section between Lier-Aarschot, on line 50A section Bruges – Ghent-Saint-Pierre and on line 35, section Aarschot-Leuven.

With more than 2,000 kilometres, the level ETCS1 FS is the most prevalent on the Belgian network, followed by ETCS1 LS.

Curious about the rail market in Belgium? Have a look at RailTech.be, which is available in both Flemish and French, for our local coverage. Interested in exploring opportunities? Join us in Brussels in June for RailTech Belgium, a 1,5-day conference and exhibition. Click here for more information.