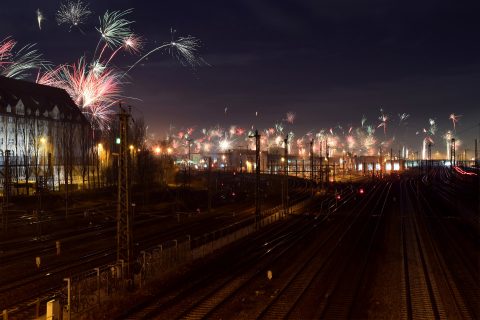 These were the best-read RailTech pieces of 2022

We covered a variety of topics in 2022, ranging from reporting on rail infrastructure and technology to rolling stock and new trends and initiatives in international train travel and ticketing. This was reflected in our year-end list of best-read articles. These pieces stood out last year.

When Dutch adventurer Wiebe Wakker was booked for a speaker engagement in the United Arab Emirates (UAE), Wakker knew that a flight would be the most straight forward way of getting there. However, when you are speaking on the topic on environmentally friendly travel, flying there does not reflect well. As such, Wakker set off on a journey via train, bus and -out of necessity- by plane from Amsterdam to Abu Dhabi.

This meant train travel across countries such as Romania, Turkey and Saudi Arabia. On the way back, the railway journey also went through Iran and Bulgaria, and a ferry trip from the UAE to Iran was included. His adventure caught your attention, too.

Amsterdam-Abu Dhabi by train? Yes, you can

Last year also saw the echoes of the global COVID-19 pandemic and the effects on society. Public transport was hit hard during the various lockdowns and many locals transportation companies had to be kept afloat with government bail-outs, including Transport for London.

For many years, London has enjoyed a high-level of integrated and subsidised public transport. It has been the envy of many urban communities around the UK, with pioneering initiatives like capped fares and universal travel passes. However, that has only been sustainable on the back of high ridership and economic support from the local authority. The pandemic has been a huge setback for both. As a result, TfL found itself teetering on the brink of a bankruptcy, and may well see its operations fall into the direct administration of the UK government. In effect, TfL would be nationalised. It would mark a sea change.

While passenger numbers of public transport have yet to fully recover from the pandemic, there has indeed been a positive trend in recent months. To bolster this recovery, various governments have launched initiatives to incentivise people to travel by public transport.

One of the more high-profile initiatives was the so-called 9-euro ticket in Germany. The ticket enabled Germans to use all forms of public transport except the long-distance high-speed trains for a flat fee for a whole month. It was available in June, July and August, and sold in the tens of millions. So when a successor campaign was confirmed back in September, you took note.

The year 2022 will go down in history with the stain of war in Europe following the invasion of Ukraine by Russia in February. At the time of writing, a resolution of the conflict does not seem within reach, and it seems likely the war will enter a second year.

From the very early stages of the conflict, it became clear that the railways and rail infrastructure would play a pivotal role in the war. Rail was instrumental in getting aid in and displaced citizens out. It set the stage for continent-wide railway solidarity and Ukrainian Railways itself soon emerged as poster child of Ukrainian resilience and a key driver of what it called ‘iron diplomacy’.

Sabotage of enemy supply lines via rail has been another key feature of the war. It caught your attention, especially in the early days of the war.

Rail infrastructure and technology is our core business, so when a plan emerges for a new ambitious project, we of course reach out to those involved. That is how we got in touch with Peter Vesterbacka and Kustaa Valtonen, the driving forces behind the idea to construct a tunnel between Helsinki in Finland and the Estonian capital of Tallinn, across the Gulf of Finland.

A railway tunnel would cut travel time from 2 hours by ferry to just 20 minutes. It would also connect Finland to the standard European rail network as well as reduce its dependency on planes and ferries. The for a tunnel idea has been around for a few years now, and the project will likely remain an uphill battle for Vesterbacka and Valtonen in light of the required funding. But their enthusiasm about and dedication to this project is contagious.

Helsinki-Tallinn tunnel can open up rail in Finland and Estonia: ‘we love competition’