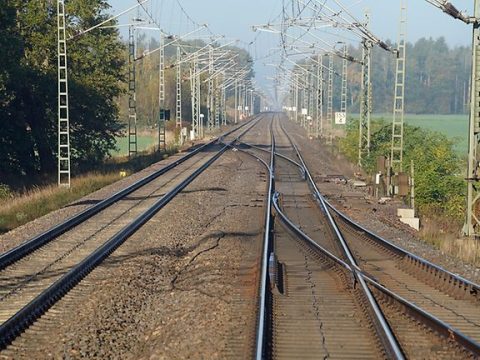 Deutsche Bahn (DB) has named the railway corridors Hamburg-Berlin and Emmerich-Oberhausen as the two sites where it will carry out major improvement works from late 2024 onwards. The overhaul is part of DB’s ongoing project to renovate Germany’s high-intensity railways, meaning the lines with the highest passenger numbers and freight volumes.

Work will kickoff on the 72-kilometre Emmerich-Oberhausen corridor in November 2024. The renovation will include new tracks, track infrastructure and signaling and safety systems. Stations along the route will be renovated too, as will bridges and overpasses.

The improvement works will be spread out over a period 20 months, until June 2026, so as to not to interfere with the international freight services to and from the Netherlands too much. The section is an important part of the Rotterdam-Genoa freight corridor, and so the work will be planned in such a way that there will always be a single line available.

“Improvements to this key railway section will streamline freight traffic and as such, has the potential to greatly add to our climate ambitions”, federal Transport Minister Volker Wissing said. His statements were echoed by DB CEO Richard Lutz, who called the Rotterdam-Genoa line an importart freight artery.

DB will try and carry out planned work on the same corridor in tandem with the overhaul announced on Friday. This includes the construction of a third set of tracks.

In 2025, work will begin on the Hamburg-Berlin corridor. With about 30,000 train travellers per day, the 280-kilometre railway between Germany’s two biggest cities is the busiest in the country. Here too, DB will renovate the tracks, bridges, overpasses and overheadlines as well as the signalling and safety systems. Between Hagenow-Land and Wittenberge, the infrastructure will also be expanded. Lastly, additional overtaking opportunities should result in greater planning flexibility.

From now until 2030, DB wants to tackle improvements projects on at least two main railway lines each year. Which sections will be prioritised will be decided in consultation with the various stakeholders. One of the first projects to be carried out, will the corridors on the route between Frankfurt/Main and Mannheim.

Corridor, by corridor, yes, but including a decisive, an offensive shift!
(“Improving” is defensive, will “cement”, at standards, no longer optimal.)
Neither, a track standard, calling for “optimal maintenance”, by definition no longer is an optimal standard!
(With 80 % dynamic extra, an equal “tara” is added, corresponding SWL- and pay load, is reduced…)
At added utilisation, bonus will be added capacity, etc., etc.
(All other modes upgrade, for added load capacity and for lower costs.)