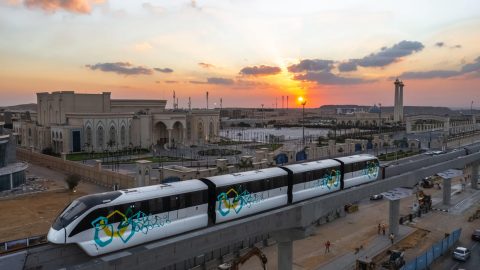 Development of new urban rail infrastructure in Africa could cut one gigatonne of CO2 emissions by 2050 as well as fostering inclusive socio-economic growth, according to new research by Alstom.

The findings are published in a new whitepaper by the French rolling stock manufacturer and suggest that increasing modal share of urban rail in African cities to 20 per cent by 2050, from a baseline of 1 per cent today, could facilitate ‘the avoidance of substantial carbon emissions’ and create around 258 jobs per kilometre of new rail built.

“The continent’s urban population will increase from 600 million in 2021 to over 1.3 billion in 2050,” Aldo Díaz Sánchez, Climate & Sustainability Manager at Alstom and contributing author on the report, said. “Congestion in particular is a key mobility challenge, as it is expected to cost Africa USD 488 billion in 2030.”

Presented as part of COP27 in Egypt this month, the report was produced in collaboration with EY Climate Change and Sustainability Service and estimates that urban rail projects could take around 8 million cars off African roads by 2030 and 29 million by 2050.

This avoided car uptake is also predicted to save thousands of lives as Sub-Saharan Africa and North Africa both experience the highest road-traffic-related mortality rates in the world, with 27 per cent and 19 per cent of deaths per 100,000 inhabitants.

“Policymakers should act quickly to lay the institutional, financial and human foundations for urban rail projects to succeed,” Cécile Texier, Vice President CSR and Sustainability at Alstom, said. “Cities should anticipate the diversification of their funding sources to ensure projects are financially viable and should organise training to ensure there is a skilled workforce able to participate in and sustain the urban rail projects.”

Good article. Any chance you could post a link to the cited report?