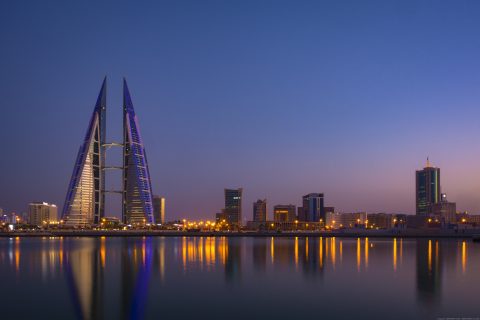 The Kingdom of Bahrain will launch a tender for the construction of its new lightrail network in the first quarter of 2023, an official at Bahrain’s Ministry of Transportation and Telecommunication (MTT) told local media this week. The Bahrain Metro project, as the endeavour is called, will be implemented in four phases and will reach 109 kilometres upon completion.

A host of companies took part in the pre-qualification tender for phase one of the project, which closed in May. Participants included Alstom, Hyundai Engineering, Orascom of Egypt and the China Railway Group. Phase one, with a forecast capacity of 43,000 passenger per day, calls for the construction two lines and 20 stations across a distance of 29 kilometres.

The winning developer will carry out the work on a Design, Build, Finance, Operate, Maintain, Transfer (DBFOMT) basis for a contract period of 35 years. Phase one of the project is expected to cost around 2 billion euros. According to the ministry, the Bahrain Metro project is intended to reduce the number of cars on the road, so that traffic density and pollution will decrease. A total of four lines are planned, named red, green, yellow and blue. Of the planned 109 kilometres of track, 30 kilometres will be elevated. Bahrain aims to use driverless trains for the metro operations.

The Middle East is proving fertile ground for the development of new railway projects. In Qatar, Qatar Rail earlier this year entered the first line of the new tram network in the city of Lusail into preview service, the city which will play host to the 2022 FIFA World Cup later this month. The so-called Orange line calls at six stations for the time being.

In the United Arab Emirates, the UAE Railways Program is underway. It comprises Etihad Rail freight project, a proposed passenger service and, thirdly, a future network of lightrail. Earlier this year, Saudi Arabia raised eyebrows by saying some 8,000 kilometres of new railway lines would be constructed in the kingdom, more than doubling its existing network.