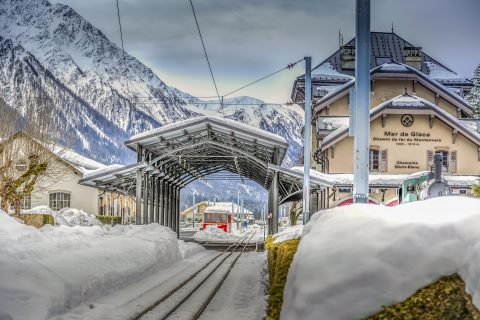 European Sleeper and travel organisation Sunweb will not be able to offer their planned night train service to the French Alps this winter, the companies announced on Thursday. Too many obstacles remain for a timely start of the proposed service from the Netherlands to France.

“When we embarked on this project, we knew it would be challenging”, European Sleeper co-founder Chris Engelsman said about the plan announced last June. “Trying to lease appropriate rolling stock is quite difficult at the moment. The same goes for putting in track access requests and finding a good subcontractor for our services in France”.

Difficulties in obtaining rolling stock last month also resulted in the announcement of further delays for European Sleeper’s first night train service between Brussels and the Czech capital Prague to 2023. This already implied setbacks for the proposed winter night train, but this wasn’t confirmed until today.

European Sleeper and Sunweb both say they have gained valuable experience and knowledge, and pledged to keep up with their preparation for the next seasonal night train services to the French Riviera and Barcelona in a couple of months.

While sourcing the required train cars is difficult, European Sleeper also faces obstacles in obtaining financing.
In order to secure a bank loan or funds via a private equity supplier for rolling stock from a leasing company, a certain guarantee needs to be offered. “We can make the plan, but we can’t offer the guarantee. At least not by ourselves”, the other co-founder, Elmer van Buuren, told RailTech a few months ago. European Sleeper is convinced they can be profitable, but also needs to be able to produce their product – a sleeper train service – for a longer period of time.

”If you have track access for one year and you go to an investor, they ask: ‘what you will do the following year?’ Of course we will apply for a capacity allocation again, but there are no guarantees we will receive it. As a result, they are not going to finance a train for us”, Van Buuren noted, adding that capacity on its first proposed route to Prague is also limited due to extensive planned track work in Germany.