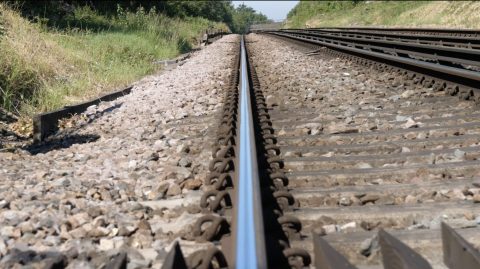 A limited timetable is in effect on the West of England Main Line from Friday 2 September until October due to the so-called Soil Moisture Deficit (SMD). As a result of the recent heatwave and dry spells, the clay soil has dried out, causing it to shrink.

When shrinkage happens, there is a risk that the track can move as well. This, then, necessitates a temporary speed restriction. The past July has been the driest in the UK since 1935, and has resulted in the highest levels of SMD since record-keeping began in 2009.

The southern region, where the limited timetable is introduced, experienced the driest July since 1836. Many of the embankments there are made of clay soil. According to Network Rail, the problem with shrinkage is particularly pronounced in the Tisbury area, where a section of around 4 miles (6,4 kilometres) where the track is is “settling quite significantly”. Speed there has been reduced from 80 miles per hour to 40 miles per hour.

“We usually know when to expect SMD, but in extreme cases like what we’re seeing in 2022, we’re having to deal with it earlier and for longer. The best defence against SMD is preparation. We monitor sites where SMD might be of concern and may remove trees and vegetation that are absorbing water and drying out embankments”, Network Rail says about the issue.

The UK infrastructure manager will continue its research into the matter under the umbrella of the newly established extreme weather resilience task force, which was set up at the end of July. As short-term solution, Network Rail uses as tamping machine to pack the track ballast and create a more solid foundation again.