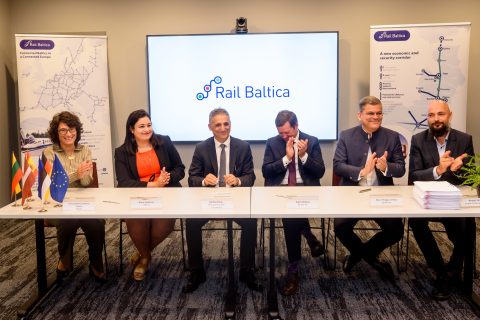 A consortium comprising Renfe, engineering company Ineco and DB Engineering & Consulting have inked a services deal with Rail Baltica, the umbrella company responsible for the construction of a new high-speed line linking Lithuania, Latvia and Estonia to the EU via Poland.

As services provider, the consortium will act as a so-called shadow operator of Rail Baltica. It will offer support during the construction phase and will work to establish the operation and maintenance requirements for the projects. The contract carries a value of 8 million euros and has a duration of at least 8 years, with a possibility for an extension.

It won’t be the first time the consortium will be carrying out such a task. A similar endeavour is ongoing in Mexico for the Mayan Train project. Renfe is also involved in international high-speed projects elsewhere in the world, such as Saudi Arabia and in the United States. The Spanish operator is targeting 10 percent of its income from international operations before the end of the decade.