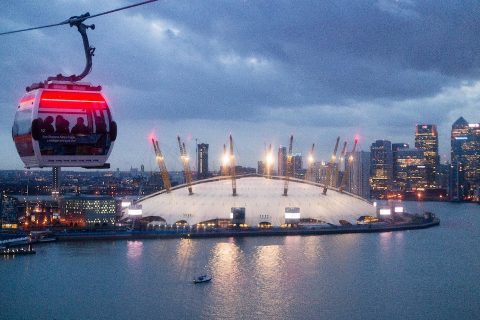 The Mayor of London, Sadiq Khan, has warned Londoners to expect the worst if this week’s weather forecast is accurate. The South East of England is on alert for severe thunderstorms and heavy rain, after a prolonged dry spell has left the parks parched and a hose pipe ban in place. Most seriously though, the Mayor fears for the integrity of the Underground – the oldest subterranean railway network in the world.

Flash floods could render the central and older parts of the London Underground inoperative, warns the city’s mayor. Other infrastructure in the nation’s capital could be badly affected if this week’s weather delivers the worst of the forecast. Sadiq Khan has already written to householders and businesses in the firing line, but it’s his Transport for London operation that faces the brunt of any disruption.

Just two weeks ago, London’s fire service was facing its busiest day since the height of the Second World War. They were talking serious fires all over the capital. A fire engine arriving within six minutes of an emergency call as the norm may be longer because of the pressure the service is under, said Mayor of London, Sadiq Khan, in a media interview and in a message to Londoners. This time though, the pressure may well come from dealing with flood emergencies.

“We’ve learnt lessons from ten days ago”, said Khan. With the best will in the world, he explained, when you’ve got fires that require ten, fifteen, and twenty fire engines and they are burning simultaneously, and the fire brigade has been called out to a number of fires, it’s not possible to respond as quickly. London, ventures Khan, is now stretched beyond capacity.

“Just over twelve months ago we faced two months worth of rain in two hours, which did lead to flash flooding with homes, businesses and many TfL stations flooded”, said Khan in an interview given to the BBC. Damage was sustained at underground stations and some surface stations too, with a huge volume of water dropped on the capital’s infrastructure. “We fear there could be flash flooding in the next few days caused by excessive rain in a short period of time.”

Khan was candid in his assessment of London’s preparedness “We are coordinating with businesses, the fire brigade, and Transport for London to do what we can to be as ready as possible. I have to be honest and tell you we are not going to be fully prepared for dealing with the consequences of climate change because our city was not built for the sort of rain we could possibly receive in the coming week”, said Khan. “We will do what we can. The important thing is we have written to those families whose homes could be flooded. TfL have got plans in place so they can also take steps to ameliorate any consequence of flash flooding.

It is true that much of the central section of the London Underground, simply known as the Tube, was built over one hundred years ago. Even so, the Victorian engineers were not ignorant of the problems of flooding, and the system has several flood doors built in. However, the main danger anticipated was inundation from the River Thames. That’s something of which modern day engineers have taken account.

The Thames Barrier was built to repel tidal surges and does its job very well. However, storms, like Ida, the one that devastated New York’s subway last year, were never part of nineteenth-century thinking. “When you speak to people across the country a few years ago, about climate change, they were thinking about it happening in sub-saharan Africa or in the Pacific in ten, twenty, thirty years time”, says Khan. “It’s happening to us, and it’s happening now.”

Khan says the UK Environment Agency often worries about floods happening because of rivers overtopping. He believes we now actually need to also worry about floods happening in our cities because of storm rainfall and flash flooding. That is something of which railway engineers are also acutely aware. The vulnerability of steep earthworks in particular are an issue, as was tragically demonstrated almost exactly two years ago in the fatal accident near Aberdeen.

“I’m more confident about the new buildings in London”, says Khan. However, he says they need to address the public realm – planting trees for shade and water retention, but also how to retrofit the existing infrastructure. “The businesses and our public transport”, he says. “The Victorians built the Underground. They were not building for [flash floods] and temperatures which can regularly exceed forty degrees [in the tunnels].”

The Mayor concludes that his city must make sure it is future proofing its new infrastructure – especially public transport. “It’s really important we learn from other cities who are a few years ahead of us.”

All vital functions of society, now has to provide for robustness, thus for redundancy and resilency.
As vulnerable, even worse most risky, current, electrification of railways…, simply no longer is timely!
For Industry, for clients and for environment…, diesel electric, any electrification is better, than current mono structure, where, too obviously redundancy is missing! – and already is a devastating bottleneck!