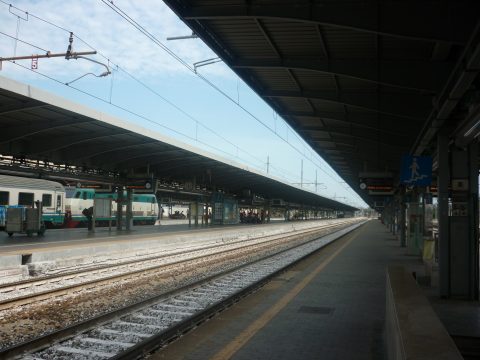 Rete Ferroviaria Italiana (RFI) and the Venice prefecture signed the protocol for the construction of a new railway line to Venice Marco Polo airport this week. In the same announcement, RFI put the overall investment figure into the project at around 644 million euros.

The railway construction project is geared towards encouraging people travelling to and from the airport to shift to rail. Marco Polo airport was Italy’s fourth-busiest airport before the COVID-19 pandemic, yet has no public transportation link. Instead, passengers are transported by shuttle buses and taxi’s.

The project will be financed in part through the National Recovery and Resilience Plan (PNRR) and falls within the scope of works planned ahead of the 2026 Winter Olympic Games, which will be held in Milan and the resort town of Cortina d’Ampezzo.

The nearest train station in the Dolomite Mountains is in Calalzo di Cadore, some 37 kilometres from Cortina d’Ampezzo. It can be reached via Mestre station, the planned starting point for the new line to Marco Polo airport.

The project calls for the construction of a new double-track railway of around 8 kilometres, including a 3,4-kilometre-long tunnel section to the airport itself. There, trains will arrive at an underground station connected to the terminal building.