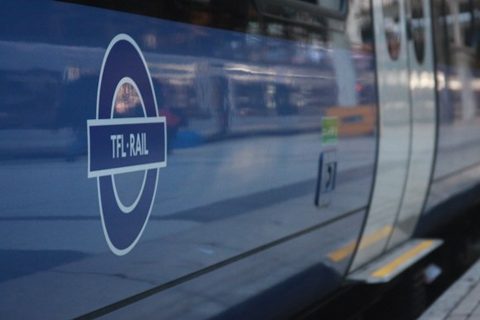 A multi-year deal is best for London and the UK, says the Railway Industry Association. The body that represents the interests of the railway supply chain has written an open letter to the transport secretary Grant Shapps and the London Mayor Sadiq Khan, seeking the surety of a long-term settlement for future Transport for London funding. The RIA say that would be best for London and also help protect investment throughout the UK, where it expects contracts to be placed.

The Railway Industry Association (RIA), which represents over 300 rail businesses around the UK, has written an open letter urging both the right wing transport secretary and the socialist mayor of London to shelve their differences, come together, and agree a multi-year funding deal for Transport for London (TfL) as soon as possible. TfL has been bailed out by the UK government during the pandemic and is nearing the end of the current funding package. There remain fears that TfL could become insolvent.

Best bang for the tax buck

In the open letter, the RIA acknowledges the support from the UK government and from the city of London for TfL during the last two years. It does however stress that further investment funding certainty now will not only help passengers in the future, but provide the “best bang for the taxpayers’ buck”, and give businesses the certainty they need to invest in the necessary skills and capabilities.

The Association is concerned that the current short-term approach to TfL funding “not only impacts services, but it also hits jobs, skills, innovation and investment around the UK”. The Association calls for a multi-year settlement to support vital upgrades to the UK capital’s transport network.

No way to run a transport system

Most parts of the country remain in envy of the level of investment in the capital. Projects like Barking, Battersea and the Betty (Elizabeth Line) all delivered, the RIA says the supply chain would be better served by consistency. “There have been ten stop-gap funding extensions to London’s transport spending in the last two years. Clearly, this is no way to run a transport system”, said Darren Caplan, Chief Executive of the RIA.

Caplan argues that short-term, uncertain funding harms TfL’s ability to plan for the future. He says it causes real uncertainty for businesses in the supply chain, and results in worse value for money for the taxpayer. “As passengers come back to the railways post-Covid, and as London seeks to thrive once again, it is essential its transport network is properly funded for the years ahead”, he said.

Answer the levelling up agenda

“Instead of a stop-gap approach, we in the railway industry urge the Government and TfL to now agree a properly funded multi-annual deal to ensure that necessary rail upgrades”, reads the open letter. “For example, Piccadilly line signalling or new trains for the Bakerloo line can go ahead, ultimately for the benefit of passengers.”

The RIA would be happy if its members benefited from contracts for work on the London system. With many of them based outside the capital, that sort of investment would also help answer the government’s ‘levelling up’ agenda, to deliver more economic growth in the underperforming areas of the UK. “This is about planning for a brighter future and upgrading the current network”, says Caplan. “This investment also helps drive economic growth both in the capital and nationally, with jobs and opportunities in a supply chain which touches every part of the UK.”

Transport for London’s current funding deal expires at the end of this week, on Friday 24 June. The RIA has highlighted the wide supply chain which supports transport in London, including train manufacturing in Derby, signalling from Stockport and Chippenham, station construction from the East Midlands and telecoms and electrification expertise from London.