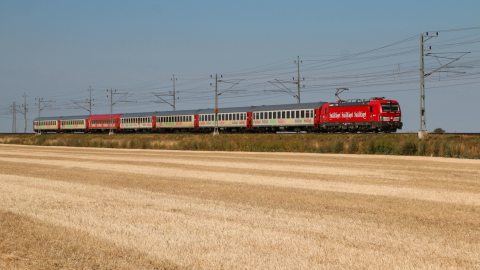 Open access Swedish railway company Snälltåget earlier this week lamented the Swedish Transport Administration’s (Trafikverket) planning ability, saying that Trafikverket efforts to that end have “derailed”. The transport authority, on its part, says it understands Snälltåget difficulties but noted that improvements are on their way.

Snälltåget points to recent track works on the Södra stambanan north of Nässjö, which necessitated an adjusted timetable. Normally, the company says, it would receive these changes four months before closure. This time around, they were notified one week prior. This resulted in difficulties for train staff and passengers alike, Snälltåget says.

The 2023 timetable will likely be presented halfway through October instead of in September, the company adds, which will likely result in similar difficulties in allocating staff. Furthermore, if train tickets cannot be booked well in advance, travellers may think twice about taking the train, Snälltåget warns.

Infrastructure manager Trafikverket, in comments to RailTech.com, says it understands full well the difficulties Snälltåget experiences. However, it also points out that it discovered hard-to-identify rail cracks on two of the main tracks that Snälltåget uses. This meant that 30 kilometres worth of tracks had to be replaced, which “made it necessary to make new train plans for most Swedish train companies”. Not just Snälltåget.

Trafikverket also points to its ongoing digitalisation effort when it comes to timetabling and staff shortages as reasons behind the recent difficulties. “We have a shortage in operative planners since all of them have to train for the new system while at the same time work on the daily planning and scheduled track audits.” According to a spokesperson, the situation will improve in due course, so that tickets can be sold well in advance.

Improvements (comparatives “better”, etc.) is basics within vocabulaire (the devastating new speech) at infrastructure managers of Old Railways, now all over!
Contemporarily, quantity, added funding from owners, regrettably, so far has not proved Remedy.
Operators, clients, now have to speak up! It is 2022 now and On Time is quality demanded!
Added utilisation, by added capacity, at existing, basics for reduced costs, has to be provided for, etc.!