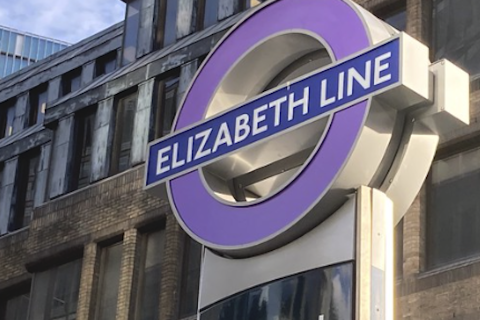 The Elizabeth Line, named after the longest serving monarch in British history, opens today to Queens and commoners alike, just in time for Her Majesty’s Platinum Jubilee. Tunnelling under some of the most expensive real estate in the world, the new railway is set to transform travel and communications in London and the South East, and relieve the chronic congestion on some of the busiest parts of the tube. That promise of transformation brought about by the palatial scale of the Elizabeth Line does however come with a right royal price tag.

With a budget per metre that makes HS2 seem like a cut-price branch line to some provincial backwater – which of course it is, as most Londoners would never admit – the overdue, overprice, overground then underground line has been the subject of damning documentaries and telethons of reality television. As of today, Tuesday 24 May, it is finally time for everyone to find out for themselves what all the fuss has been about. So, for the price of a two pounds and fifty pence single central zone ticket, you can try out the rails that only every camera crew in Britain has already travelled (concessions and reigning monarchs go free).

Twelve trains per hour with more to come

Ten per cent is the headline figure, as prompted by the multimodal authority for the capital -Transport for London (TfL). “Our newest railway will add around ten per cent more capacity to central London’s rail network”, says their statement. Most commuters, visitors, theatre-goers and Londoners going about their business heartily reply: “About time.” Yes, it’s true. With a train every five minutes for eighteen hours in every weekday, and each of them with space for 1500 passengers, that’s a huge addition to capacity over the existing Underground lines. Note – that’s space for 1500 passengers, not all of those spaces are seats on the 200-metre long trains.

The Elizabeth line will operate twelve trains per hour in the central underground section between Paddington and Abbey Wood, from Monday to Saturday 06:30 to 23:00. Frequencies will be lower in the western and eastern branches, but still unbelievably frequent for anyone used to services more than ten miles from Trafalgar Square. While the line is polished off and all the frills are completed, work will continue in the overnight engineering hours and on Sundays. TfL say this is to allow a series of testing and software updates in preparation for more even intensive services from the autumn.

Bond Street not yet open

Anyone expecting to travel seamlessly from Kent or Essex through London to Heathrow or Reading will have to wait a while yet. Although London’s Elizabeth Line opens today, it will be three railways for the price of one. “The Elizabeth line will operate in London as three separate railways, in the east, west and through central London”, says Julie Dixon, in her interim role as Customer and Revenue Director. An appropriate job title, as this is an interim set up for the line. “When the final stage is complete, customers will be able to travel seamlessly from Abbey Wood [Kent] to Heathrow and Reading, and from Shenfield [Essex] to Heathrow”, she said.

Julie explained that from today, the central section opens, adding nine new stations to the TfL network. Nine? Yes, one is famously not ready yet. Bond Street – the Queen’s local station – has been beset by problems and is not ready yet. As if inserting a half-kilometre long box under the one of most expensive shopping and residential street in London would present any unexpected problems.

The Elizabeth Line (only hard line refuseniks are still calling it Crossrail) is most famous for its relatively short central section. Nevertheless, its that section that has made all the headlines. For just over three years, eight immense, 1,000-tonne tunnel boring machines have constructed 42 kilometres of new rail tunnels, collectively averaging 38 metres per day. Over 3 million tonnes of excavated material from the tunnels was shipped to Wallasea Island in Essex to create a new 1,500 acre (610 hectare) nature reserve.

Rail freight played a huge part in the construction. From fabrication plants around Britain, over 200,000 tunnel segments were delivered to a staging site in the East End, and either moved directly to the tunnelling head, or moved by river, in an exercise that the builders say saved 10,000 road truck movements.

The vast tunnels are the poster boys of the Elizabeth Line, In fact though its a 60-mile long (100 kilometres) new railway incorporating 31 ungraded stations and 10 new stations at Paddington, Bond Street, Tottenham Court Road, Farringdon, Liverpool Street, Whitechapel, Canary Wharf, Custom House, Woolwich and Abbey Wood. Yes, keen observers will have spotted that none of the new stations are actually ‘new’ – but a visit to any of them will prove that they’ve benefitted from an upgrade on steroids to cope with the anticipated 200 million annual passengers who will use the Elizabeth line. That’s about a working hour on construction for each and every one of those passengers.

According to the consortium, the very existence of the line will generate 75,000 opportunities for businesses, with enough work to support the equivalent of 55,000 full time jobs. They say also that it’s not just London and the South East that benefit. During construction, 96 percent of contracts were awarded to companies based within the UK, with 62 percent outside London – including fabrication of the tunnel wall sections.

Three for one return on investment

The conundrum is that if the Elizabeth Line is the success everyone agrees it will be, then the extra patronage will soon swallow up the capacity increase, and it will be back to queueing in the November rain on Langham Place to get into Oxford Circus underground station. Accessibility will bring 1,5 million more people within a 45 minutes commute of the existing major employment centres of the West End, the City and Canary Wharf.

Famously, the TV documentary series, “The Fifteen Billion Pound Railway”, covering the construction started life as a single series called the Eight Billion Pound Railway. Like its subject, it ran way over budget, and ended up as three series in one. Two additional series, and five years later, the finale of the series is the debut of the line. Boldly though, the partners behind the project claim that even at the eventual cost, the line will still be a fantastic return on investment. They estimate that for that down payment the economy of the UK as a whole will benefit to the tune of 42 billion pounds (50 billion euro).

At least for now, the Elizabeth Line is also a three for one deal. Time will tell if it’s a very expensive one at that.