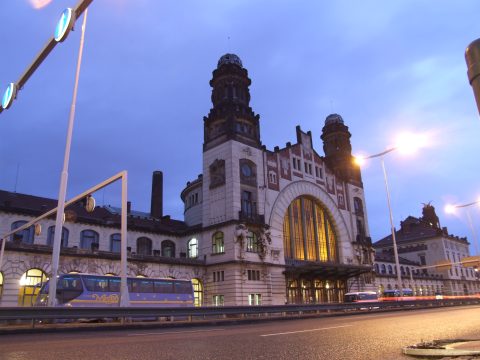 Members of the Prague City Council this week approved the launch of a competitive dialogue for the reconstruction of the check-in hall of its main railway station Praha Hlavní Nádraží, the surrounding area and the construction of a new tram line directly in front of the station.

The competition plan envisages a new concept and transformation of Hlavní Nádraží station and make the whole area more attractive.

The conditions of the competitive dialogue, called Nový Hlavák, will be officially announced in the first half of June. Five multidisciplinary teams will be selected by an expert jury. “We want to give creative minds the opportunity to come up with ideas, thoughtful urbanism and proposals that might not even occur to us at the moment”, says Petr Hlaváček, Deputy Mayor for Territorial Development. The winning design will be announced in June next year. The actual start of construction is planned for 2025, with completion expected two years later.

At Hlavní Nádraží station, there is currently only the entrance to the C metro station directly in the concourse. The nearest existing tram stops in Bolzano Street are about half a kilometre away. The country’s most important railway station also has a reputation of a problematic and unpopular place, which has “unfortunately failed to shed”, says Adam Scheinherr, Prague’s Deputy Mayor for Transport.

Prague wants to change this situation by building a new tram line between the National Museum and Bolzano Street, which will make it possible to place a tram stop directly in front of the station building, similar to the nearby Masaryk Station. The new tram line will offer new, direct connections and should increase the attractiveness of public transport and the main station itself.