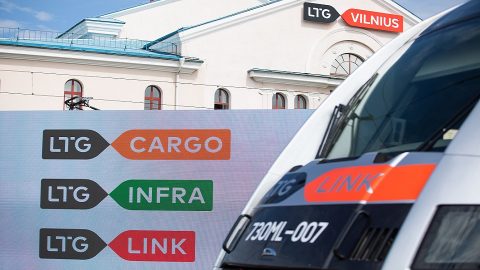 Lithuanian Railways (LTG Group) are forced to release around 2,000 employees in an attempt to cope with the increasing financial losses following sanctions against Russia and tension between Lithuania and China. The company has consulted with employee representatives and will allocate 6 million euros for their compensation.

The decision will be implemented despite LTG Group’s efforts to improve the situation. The employees’ gradual release will affect all business units of the group. LTG Cargo will take the biggest hit, with 1,200 employees forced to leave the company. LTG Infra will lose 500 employees, while LTG’s passenger branch LTG Link will shed 300 of its staff.

“The volume of business has shrunk very sharply and noticeably, so to adapt to the changed situation, we must respond to it accordingly”, commented LTG ceo Egidijus Lazauskas. “Painful solutions are needed now, but we want them to be sustainable. First, we must continue to provide quality and competitive services to our customers. Secondly, by reducing the team, we must secure opportunities for its future growth as we find niches for further activities. Third, by saying goodbye to part of the team, we will strive to assist these employees in adapting to the ongoing change fully. They ensured the smooth operation of the Group, so it is important for us that they can successfully continue their professional career elsewhere”.

LTG has been facing harsh conditions for quite some time. They are partially excluded from New Silk Road routes due to political tension with China after Lithuania allowed Taiwan to open a de facto embassy in the country. And the loss of Belarusian volumes due to US sanctions on the country subsequently cornered the company further. The war in Ukraine and the respective sanctions on Russia were the unfortunate icing on LTG’s cake.

In 2022, the Lithuanian company expects to transport around half the cargo compared to 2021, resulting in 150 million euros lost. “This will be the largest drop in cargo volumes and the lowest volume of cargo transported in the company’s history”, stressed LTG.

Regarding cargo operations specifically, LTG is doing its utmost best to keep the situation stable. Apart from diversifying operations and its market reach with new routes to Germany and Poland, for instance, the company also decreased freight transport rates significantly. “It is expected that freight rates will drop by 64 per cent” to make services more appealing to customers, commented the company. The dropping tariffs from LTG Infra, Lithuania’s rail infrastructure manager, made the rate decrease possible.

On top of that, the LTG came up with an action plan to embrace its financial recovery by focusing on efficiency, reduced costs and diversification. Lazauskas explained that “a partnership is also being developed with Latvian and Estonian colleagues to increase the transportation of the Ambertrain train between Western Europe and the Baltic States, and discussions are underway with representatives of Kazakhstan on cargo transportation to Klaipeda port.”

Still a lot of potential

Despite the difficulties, LTG responded swiftly to most challenges appearing on its way. This time the situation might be more complex and demanding; however, the company and the Baltic country have much more potential to explore and new possibilities on the horizon. With its focus now turned to the west, Lithuania can attract new volumes from hubs like Duisburg, while new corridors through Poland can open the way to southern and south-eastern Europe.

Moreover, there are more possibilities for freight flows coming from the east, as the discussions with Kazakhstan suggest. The post of Klaipeda could play a critical role in forwarding cargo towards Scandinavia and receiving cargo from there that can be forwarded to mainland Europe and further.

Are you interested in learning more about Lithuania and its rail freight potential? On 14-15 June, sister publication RailFreight organises the RailFreight On Tour-The Lithuanian Edition in Vilnius, where the possibility of a profitable rail business in Lithuania and the broader Baltic region. will be discussed