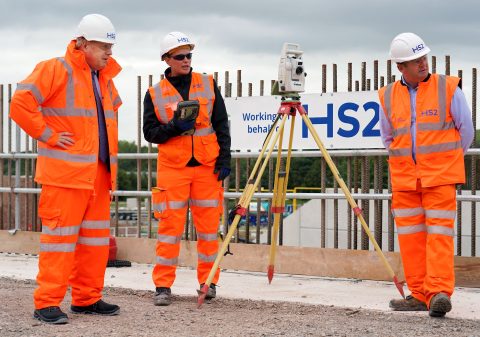 UK prime minister Boris Johnson over the weekend reiterated his earlier promise to bring HS2 trains to Leeds. In comments to a local newspaper, the PM said is was a matter of “when, not if”.

Johnson’s comments follow on the November 2021 unveiling of the Integrated Rail Plan (IRP), a 96-billion-pound railway construction and upgrade package for the Midlands and the North (114,5 billion euros). That same package called for the cancellation of the so-called Eastern HS2 leg directly to Leeds. According to Transport for the North (TfN), the cost of a new-build leg would outweigh the benefits. At the time, a government study was promised to find the most suitable way to take HS2 trains to Leeds after all.

Speaking to the Yorkshire Post, Johnson said “several options” are on the table. However, he also added that it would “take some time to get to the right answer”. He implied that the government is in no hurry to decide, citing public opinion. “If you poll the public, it’s quite interesting. They are not in favour of automatically deciding to carve up, you know, hundreds of miles of virgin green countryside with a new high speed line. They want the best solution.”

The PM’s statements come hot on the heels of criticism on the part of West Yorkshire mayor Tracy Brabin, who lamented the delays to the government study. “Six months on, we’re still waiting for government to agree the scope of the promised study to get High Speed Trains to Leeds,” she said.