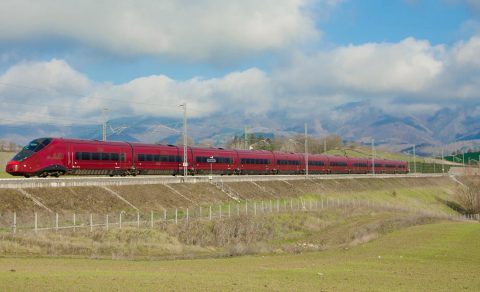 The rail liberalisation process that occurred on the Italian high-speed network is considered by many a successful example of competition in the rail market. The 28th of April marks the tenth anniversary of the introduction of new high-speed services by Italo, the competitor of the national incumbent Trenitalia. What are the outcomes so far and what are the possible future developments in Italy and in Europe?

April 2012 marked a historical date for the Italian rail market, as for the first time competition was introduced on the Italian high-speed network. Italo was finally a concrete reality after six years of conceptualisation. This brand new bright red train was the result of the vision of a group of Italian entrepreneurs, among them ex Ferrari CEO Luca Cordero di Montezemolo, that seized the opportunity of rail liberalisation promoted by the European Union. From the initial nine destinations served on the Milan – Naples corridor, now Italo trains can be boarded in forty stations in thirty-five different cities around Italy.

This remarkable expansion has improved the service levels on the Italian high-speed rail (HSR) network significantly, stimulating both Italo and the national incumbent Trenitalia to perform better. Frequencies have been increased, prices have been lowered and a broad range of high-quality services are now available. After several years of operations, which also witnessed the participation of the French SNCF (with 20 per cent), Italo was sold in 2018 to an American infrastructural group for 1,98 billion euros, after an initial investment of almost 1 billion euros. Today, the Italian HSR network is taken as an example of liberalisation by many countries, and both Italo and Trenitalia are using their decade-long experience to replicate this model also outside their national borders.

Italy was among the first countries to liberalise its rail market, and the first to witness a private open access operator on HSR lines. The need to open up the market could mainly be attributed to the low productivity rates of the rail sector and the high subsidies given by the government. Since 1985, Ferrovie dello Stato (FS), the national incumbent, witnessed different restructuration processes which imposed an economic and financial recovery that transformed FS into a joint-stock company in 1992 and led to vertical separation of infrastructure and services in 1998. On top of that, freight transportation was also liberalised quite early (2001), and the network expanded with the construction of Italy’s HSR backbone from Turin to Salerno by 2009.

Italo took the opportunity of this evolving market and brought a supply shock with huge investments in rolling stock and an innovative yield management strategy as in France. Inspired by the structure of “low cost” airlines, fixed costs are minimised and every process is digitalised as much as possible, while many tasks are outsourced, such as rolling stock maintenance, catering, and security. Lastly, the Italian HSR network presents some characteristics that favour competition and rail usage. The HSR infrastructure crosses Italy’s most densely populated areas, with cities separated by 150-200 kilometres, thus making the train highly competitive against car and air travel. Secondly, the network runs along one single axis, differently from Germany or France where lines are more decentralised, thus increasing the demand density and allowing a better competitive environment.

The competition introduced by the new entrant has led to three different effects: more capacity with increased frequencies, lower prices and to the delivery of better services to the users. The incumbent Trenitalia did not reduce its services, but instead increased them, and many secondary stations and new lines started to be served by high-speed rail. Prices are estimated to have been reduced by 30 per cent in the first years as compared to before the competition, through new pricing structures that expanded the tariff gap.

Both operators propose a wide range of different tailor-made travel experiences as well, with different price classes and features like the silent room or the meeting lounge for companies, making quality the new competitive advantage over travel time savings. New rolling stock has also been purchased and put into service, improving the safety and interoperability standards of both fleets. Most significantly, the number of passengers has grown at a rapid rate in the last years, bringing the rail modal share for example between Milan and Rome from 34 per cent in 2008 to 65 per cent in 2014. Overall, high-speed train travels in Italy are now more modern, efficient and serve an increased number of destinations and passengers at affordable prices.

The Italian experience shows how competition could be a solution to improve the efficiency and the service quality in the high-speed rail market. Italo has shown not to be a threat to the national incumbent, but instead a stimulus to improve and become more productive. Furthermore, a strong and impartial regulatory body, together with low access charges and the absence of subsidies, could create a very profitable and efficient high-speed transport environment.

After ten years, high-speed rail competition has significantly changed the mobility habits in Italy, creating two strong and resilient rail companies that can now bring this success also elsewhere. The future seems therefore competition driven, and some other countries are preparing to open up the market as well. Thanks to this experience, Trenitalia has already established various partnerships for high-speed services, in Spain from 2022 with Air Nostrum and in the UK, together with FirstGroup from 2026 on the HS2. Will the Italian success be replicated, and will the European high-speed network become a reality? This is not a given fact yet, but the competition between Italo and Trenitalia has set a first concrete example of what a well-structured open market can achieve.