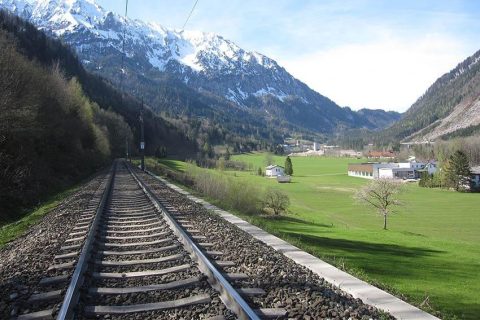 ÖBB has entered the planning stage for the expansion of the Phyrn line, a railway connection between Linz and Selzthal. The railway will be expanded to two lines at various sections, and the financial resources for the works have now been included into the 2022 master plan.

The 104-kilometre-long Phyrn line effectively links the industrial area’s in Upper Austria and Styria. It is also a gateway to the Rhine-Danube corridor. With the expansion of the line, ÖBB wants to facilitate greater passenger numbers and a bigger freight volume. Travel time from Linz to Selzthal should be reduced from 1,5 hours to 1 hour and 15 minutes.

Some 20 kilometres of the line has already been expanded. Over the next five years, the Kirchdorf an der Krems – Micheldorf section will gain an additional track. The other two parts that will be expanded are the Nettingsdorf – Rohr-Bad Hall section and the Hinterstoder – Pießling-Vorderstoder section. The renovation of the 4,7-kilometre Bosruck tunnel should also contribute to the improved service along the line.

ÖBB has earmarked 148 million euros for investment in the project, which also includes the modernisation of stations along the route. The upgrade efforts are already underway at Micheldorf station and Kremsmünster station.