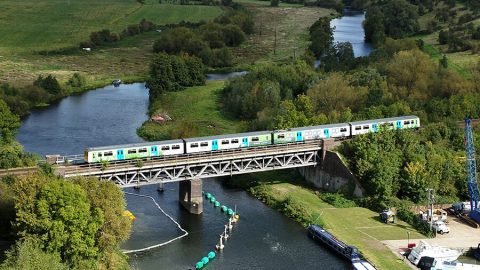 The UK government has made 7,6 million pounds (9,14 million) euros available for the participants of this year’s First of Kind competition, which challenges organisations to help modernise rail travel.

Now in its sixth year, the competition will be open to applicants from April 20 onwards. Organisations can submit their cutting-edge ideas and technology until June 8. The proposals should facilitate “a greener, more cost-effective and passenger-focused railway”. This year, the emphasis of the competition will be on cost efficiency and network performance, the Department of Transport says.

In the previous edition of the First of Kind competition, 22 companies were awarded grants of up to 400,000 pounds each. Over the years, fund has helped incubate more than 100 projects, including the Birmingham University’s HydroFLEX project, the first mainline trial of a hydrogen train.

Another trialed project was called window seater, an app that offered travellers geolocated audio stories along the route. The First of Kind fund also helped launch Hearing Enhanced Audio Relay (HEAR), a software programme that enables impaired passengers to hear passenger announcements via their own device.