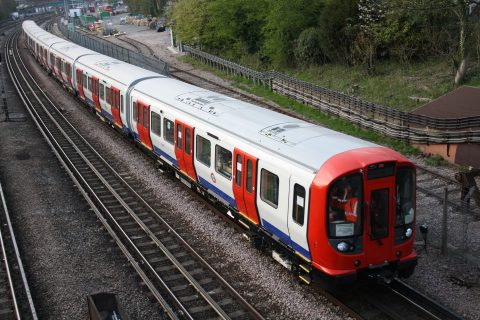 Travellers on the Metropolitan line in London will likely face severe disruptions after routine checks uncovered a fault “on a number of Metropolitan line trains”, necessitating an inspection of the entire fleet and a special time table. This will likely add to the expected chaos in the upcoming weekend.

“We identified a fault with some of the wheels on a number of Metropolitan line trains during our regular and routine inspections of our fleet”, TfL’s director of operational readiness Peter McNaught was as quoted as saying by local media on Monday.

“Safety is our top priority, and as a precautionary measure, we have increased the rate of inspection of these trains to make detailed checks of the entire fleet”. This means all 58 Bombardier-built S8 trains are going to be inspected. The train sets were introduced between 2009 and 2012.

TfL has introduced a special time table with a reduced level of service to facilitate the inspections. The company warns that this may leave stations on the Metropolitan busier than normal, and does not rule out a possible spillover effect to other tube lines and stations.

While various media outlets say that it remains unclear for how long the special time table will be in effect, the DailyMail claims that it will be for the coming six weeks. Sources tell the tabloid the problems with the wheels are caused by the wheel lathe “drifting from its pre-programmed settings during the wheel profiling process”.

The spotted defects are believed not have affected the S7 stock, also built by Bombardier and used on the District and Circle lines, as well as the Hammersmith & City line.

Thousands of football fans out and about

The special time table on the Metropolitan line comes ahead of major planned upgrade works during the upcoming Easter Bank Holiday. This will see partial closures of the District, DRL, Northern and Piccadilly lines. The Hammersmith & City line and Waterloo & City lines will be taken out of service altogether while the Central and Victoria lines remain affected by strike action during the evening.

The timing of the (partial) closures and special services is particularly unfortunate as thousands of football fans will descend upon London for this weekend’s FA Cup semi-finals at Wembley Stadium. One of the tubes lines to the station happens to be the disrupted Metropolitan line. That said, the stadium can be also be reached using the Jubilee line or Chiltren Railways.

However, and to add insult to injury, Network Rail, too, has major works planned for the weekend. So much so that the English Football Association (FA) has called upon Liverpool and Manchester City supporters to avoid travelling to London by train.

“On Saturday 16 and Sunday 17 April there will be no trains running between London Euston and Scotland on the West Coast Mainline. All services on this route will be affected, including between London and the North West. These planned works will also make services operated by Chiltern Railways extremely busy”, the FA said in a statement. The association has made 200 buses available for fans coming in from northern England free of charge.