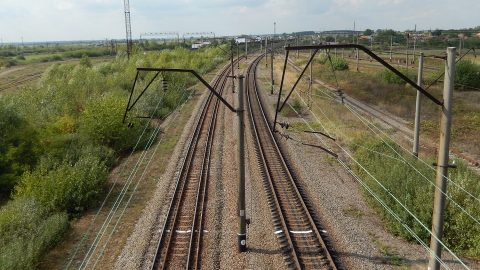 Rail transportation links from Ukraine to Europe are now more important than ever. These links only offer a means for refugees fleeing the country, but also the most important channels for Ukrainian exports, Kristian Schmidt, director of Land Transport at the European Commission, said at the RailFreight Summit Special Edition earlier this week.

“Yes, the rail freight links between Europe and China are very important, but rail freight links to Ukraine are my top priority at the moment”, he said. Ukrainian exports are essential for global food security, as well as for the economy of Ukraine itself.

“Ukraine is also an important partner of the EU, as they provide large quantities of grain and cereals. The EU has every interest in keeping trade going. We should strengthen the rail and road haulage links to Ukraine in order to keep the lifelines running.”

Ukraine was the world’s fourth largest grain exporter in the world in 2020-2021, just after Russia. Together, the two countries account for almost 30 percent of global wheat exports, almost 20 percent of corn exports and more than 80 percent of the world’s flows of sunflower oil. Before the war, most of these exports were shipped by cargo vessels. With the Black Sea ports now blocked, railways can only a carry a fraction of the regular export volume.

Ukrainian Railways, backed by the ministry of Economy, has called on private companies to invest and build rail freight terminals in western Ukraine, as it believes that rail will be the most reliable mode of transport after the war ends. These terminals should be built at strategic locations near the borders with Poland, Slovakia, Hungary and Romania

“In peacetime, the railway was the main artery of the economy. During the war, we became a pillar of security. Therefore, we need to build infrastructure for the development of exports and imports across the western borders”, Alexander Kamyshin, chairman of the board of Ukrainian Railways, said in previous comments.

Ukraine needs to stand on its own feet

As important grain exports are to the global food security, they are equally vital for the economic security of Ukraine, Schmidt explained. “If they cannot empty their silos, they cannot export and the supply chain gets disrupted. This will have a huge impact on the local economy, and this is exactly what Putin wants”, he explained during the summit.

“Ukraine needs to stand on its own feet for its reconstruction. We can support them by keeping those transport corridors working and making sure that the economy will not collapse.”