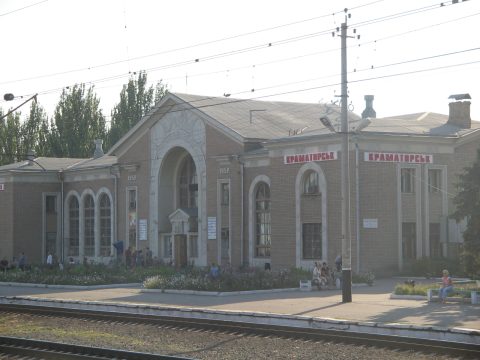 A Russian missile strike on a train station in the eastern Ukrainian city of Kramatorsk has left at least 50 dead and more than dozens wounded, various media outlets reported on Friday.

An AFP journalist, present on site, counted 20 body bags outside the station, which in recent days had become a hub for evacuations out of the city. Reuters, citing information from Ukrainian Railways, reported more than 30 dead and over 100 people injured in the attack. Later on Friday, local authorities said 50 people had died, including 5 children.

According to Ukrainian Railways, two missiles struck the station on Friday. At the time of impact, thousands of people had reportedly gathered for evacuation, Pavlo Kyrylenko, the governor of the Donetsk region, was quoted as saying. He claims the attack was intentional, as “they [the Russians] wanted to sow panic and fear”.

Russia has yet to comment on the strike although contrary to evidence, the Russian authorities have consistency denied attacks on civilian targets since the start of the war.