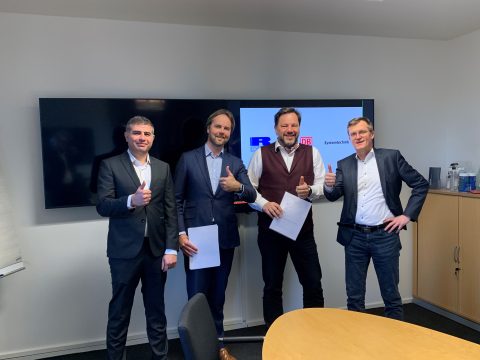 Ricardo Certification and DB Systemtechnik have agreed to intensify their partnership so that they are able to provide a complete one-stop shop in testing and approval services of new and modernised rail vehicles and infrastructure across European territories.

After 10 years of successful cooperation in international approval projects for rail vehicles and rail infrastructure, both companies have moved to deepen their strategic partnership.

Increasingly, international projects require cross-border approvals, and they can no longer be managed by a single service provider. Ricardo’s ability to cover the Dutch and Belgian territories is complemented by DB Systemtechniks presence in Germany, Austria, Switzerland and Luxembourg. Together both parties will combine their outreach to cover even more territories across Europe.

The renowned test institutes also complement each other in technical capabilities. Ricardo is an expert in offering Electromagnetic Compatibility and ETCS / ERTMS testing and DB Systemtechnik is able to offer an impressive array of testing services such as braking, running dynamics and pantograph testing. Together they can provide a ‘complete package’ of testing for European and national requirements across multiple territories.

High-speed trains such as the Velaro Eurostar from Siemens which runs between London and Amsterdam and regional trains such as the FLlRT (Stadler) which runs across Belgium, Germany and the Netherlands or the approval of the Euro9000 locomotive (Stadler) are examples of the successful vehicle authorisation work carried out by Ricardo Certification and DB Systemtechnik.

Rail infrastructure from the Netherlands to Serbia. The partnership completed the technical approval of the 127-kilometre-long Dutch HSL Zuid high-speed rail line. Experts from Ricardo Certification and DB Systemtechnik are currently on site in Serbia and are using a special measuring train from DB Systemtechnik to check a section of the high-speed line from Belgrade – Novi Sad, which includes the track geometry, the interaction of pantographs and overhead lines and other infrastructure components.