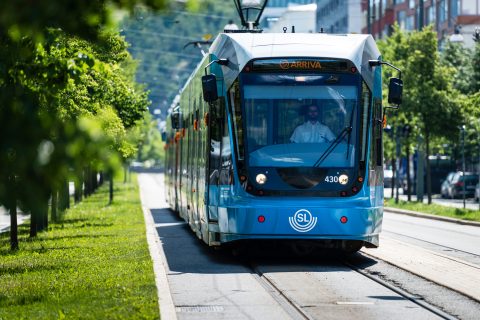 VR Group from Finland is acquiring Swedish bus and railway company Arriva Sweden, previously owned by Deutsche Bahn. With the takeover of Sweden’s third largest train operator, VR Group wants to grow and strengthen its position and competitiveness as an urban transport operator.

After the acquisition is completed, Arriva Sweden will be an independent company under VR Group, which is owned by the Finnish state. Arriva Sweden (Arriva Sverige in Sweden), operates in urban transport in Stockholm, and in regional transport in southern and southeastern Sweden. The company has around 3,800 employees, and owns 800 buses, 238 trains and 65 trams. It serves nearly 170 million travellers each year.

VR Group has previously expanded its operations in city traffic in the Helsinki region and in Tampere. One of the company’s goals is to continue their efforts of making buses electric, also in Sweden. Its bus company Pohjolan Liikenne already owns 185 electric buses across Finland.

“Arriva Sverige is a market leader in quality on the Swedish rail market and this will strengthen our competitiveness in the future rail competition, also in Finland”, says Topi Simola, Director of VR Group’s Passenger Services.

Competition on the tracks

The acquisition of another player in the market demonstrates the shift that is currently happening in European rail transport. More and more domestic railway markets are opening up to allow competition. VR group now enters the Swedish tendering market, which is larger in size compared to Finland and growing. With significant public investments in the Swedish infrastructure, rail traffic and public transport, combined with population growth and urbanisation, VR sees good opportunities in their neigbouring country. The revenues of Arriva Sweden rose above 300 million euros last year.

VR Group’s monopoly in Finland was abolished a year ago and the company is now preparing for a scenario where there are multiple operators in their domestic market. “As the Finnish market for public transport opens, the competition will increase and ensuring VR Group’s competitiveness will be crucial. To ensure VR Group’s competitiveness our strategy is now to grow in the opening urban transport market in the Nordics”, says Lauri Sipponen, President and CEO of VR Group.

Arriva Sweden is part of the pan-European passenger transport company Arriva Group, which is owned by Deutsche Bahn. The transaction is expected to close in early July 2022, after going through the customary closing condition precedents. This includes getting approval from the German Ministry for Digital and Transport and the Deutsche Bahn Supervisory Board.