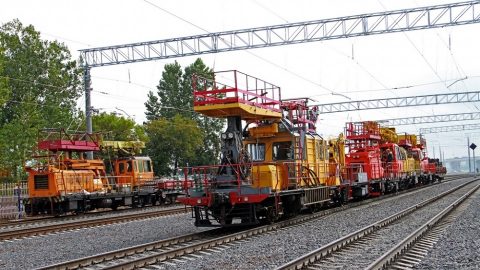 Parts of the railway connections between Belarus and Ukraine have been sabotaged in an effort to hinder the movement of Russian equipment into Ukraine, Franak Viacorka, senior advisor to Belarusian opposition leader in exile Sviatlana Tsikhanouskaya, writes.

According to Viacorka, the acts of sabotage were carried out by employees of state railway company Belaroeskaja Tsjyhoenka, who he labelled as ‘heroes’. He goes on to claim that senior figures at Ukrainian Railways have confirmed the disrupted connections.

The Ukrainian government, too, last week called upon its citizens to carry out acts of sabotage to hinder the movement of Russian troops, equipment and goods via rail.

The country’s railway network has been in the spotlight since the start of the conflict, now almost one month ago. It has been instrumental in getting aid in and displaced citizens out. Earlier this month, the prime ministers of Poland, the Czech Republic and Slovenia travelled into Ukraine by train from Poland for a show of support on behalf of the European Council.

The company’s management is constantly on the move out of fear of Russian reprisals and capture. Ukrainian Railways has lost 33 staffers with another 34 injured and counting, a recent CNN report revealed.