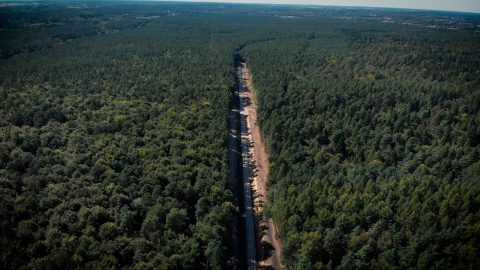 Polish company Nevomo has completed the first section of what is slated to become the longest passive magnetic levitation test track in Europe for their MagRail technology. Earlier this month, a 700-metre section was installed near the southeastern city of Nowa Sarzyna, where testing is scheduled to commence this summer.

The first section will allow testing with speeds up to 160 kilometres per hour. According to Nevomo co-founder Lukasz Mielczarek, assembly of the vehicle prototypes is currently underway. He says the tests can be a stepping stone for pilot project elsewhere.

The developers believe MagRail technology will enable hyperloop-inspired train cars to reach speeds of 550 kilometres per hour. Furthermore, should policy makers want to upgrade the tracks to a fully fledged hyperloop system, it can be done at lower costs.