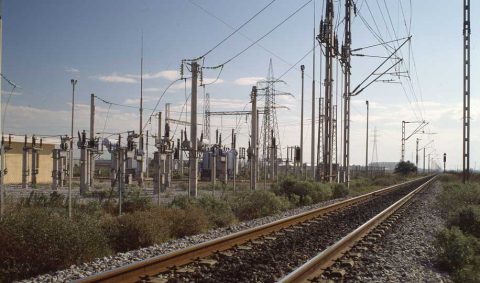 A joint venture of Alstom and Avax will undertake the modernisation of the Thessaloniki-Idomeni railway line in northern Greece. The project worth 41 million euros includes signalling, electrification and track renewal along 70 kilometres of the existing single line, which is crucial for international traffic towards the Balkans and central Europe.

The project duration is three years for execution and another three years for the guarantee, says Alstom. “Providing upgraded signalling solutions to this important railway line in Greece is another important step towards modernising and upgrading the international railway axis connecting Greece to central and western Europe”, mentioned Stavros Vlachos, Alstom managing director for Greece and western Balkans.

The Thessaloniki-Idomeni line is one of the most important parts of Greek railway infrastructure. It links Greece’s second-largest port and biggest railway hub with the border of North Macedonia. The line is also part of what is known as the Pan-European Corridor X, connecting Thessaloniki to Budapest, passing through Northern Macedonia, Serbia and Hungary – a railway section traditionally known as one of the main freight corridors in central-eastern Europe.

Companies like Ocean Rail Logistics, which uses it heavily to connect the port of Piraeus with central European rail hubs, included the line’s modernisation in its wishlist since it would make rail freight operations through Greece much more efficient. Alstom’s project does not include the full line’s modernisation from Piraeus to Idomeni. However, it takes the first step starting from a vital section.

The France-based Alstom has a whole spectrum of plans to implement in the Thessaloniki-Idomeni line. According to its own words, the company will be “responsible for the development, delivery, installation, testing and commissioning of the ETCS Level 1 trackside solution Atlas 100 in the line. The installation of electronic interlocking technology (Smartlock 400 + MooN), replacement of indoor and outdoor equipment (axle counters, points machines, signals), as well as the installation of the digital railway traffic control solution Iconis in Thessaloniki”.