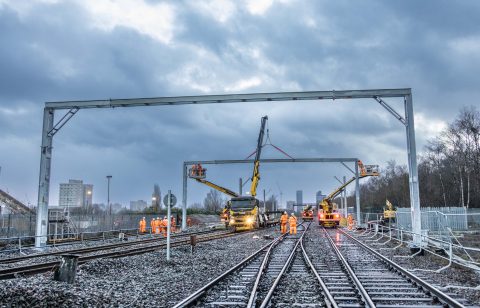 Network Rail will be carrying out 84 million pounds worth of upgrade projects over the Easter bank holiday weekend, equaling more than 98 million euros. While a total of 530 projects will be executed, the infrastructure managers says 95 percent of its network will remain unaffected.

During the upgrade works over Easter, Network Rail is advising travellers to double check whether or not their journey will be affected.

Work will be carried out at London’s Clapham Junction railway station, Euston and Watford North Junction. Gatwick Airport will see reduced train services due to station enhancements, while on the other side of London in Bishops Stortford, switches and crossing renewals will take place. Station upgrade works are planned in the neighbouring town of Hertford East.

Elsewhere, there will be diverted services between Coventry and Birmingham, while a bus service will run between Rugby and Birmingham International, as well as between Leamington Spa and Nuneaton/Coventry. Finally, Network Rail will be carrying out work in Wales’ Llanhilleth area, the English city of Coventry and the nearby parish of Hampton in Arden.