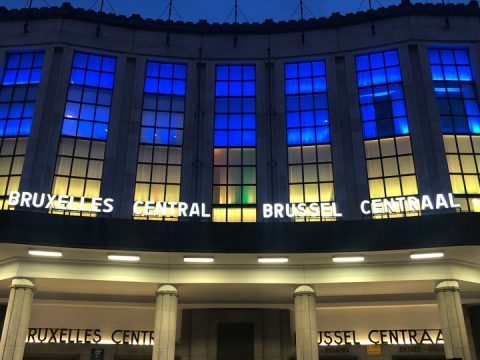 Russian railways, Belarusian railways and their subsidiaries have been suspended from the International Union of Railways (UIC) because of the war in Ukraine. Ukrainian Railways Ukrzaliznytsia calls on other railways and companies to exclude both railways from all international organisations and to stop transportation of goods and passengers with them.

UIC has members from all over the world and has the goal of developing the overall coherence of the rail system at world level​​, but now the Russian and Belarusian railways are suspended following the Russian invasion in Ukraine.

In more practical terms, UIC has set up a ‘refugee task force’. Under the leadership of UIC Passenger Director, Marc Guigon, the task force will exchange know-how and identify ideas for the management of migratory flow, bringing information to refugees and between railway companies for reception of refugees in stations and providing solutions for preserving security.

Many European railways are actively involved in the EU’s humanitarian efforts to support Ukrainians forced to leave Ukraine and deliver humanitarian aid to Ukraine. This also includes all members from the European Railways and Infrastructure Community (CER), which supports Ukrzaliznytsia and expressed its solidarity with the Ukrainian people in a letter to the Ukrainian Railways sent last Friday.  All members and partners also undertake to comply with all sanctions against the Russian Federation and the Republic of Belarus, according to CER.

PKP for example runs humanitarian trains transiting between the following Polish-Ukrainian border stations: Medyka – Mostiska, Hrubieszów – Izow, and Dorohusk – Jagodin. The Austrian ÖBB confirms the cooperation of its Czech subsidiary Rail Cargo Logistics with the Czech partners on a night train serving as a land bridge between Prague and Kyiv with room for 600 pallets of groceries and 400 passenger beds.

As refugees arrive in the EU, many more rail companies are banding together to offer additional carriages on trains and make travel free for Ukrainian citizens to reach refuge or join family members across the continent. At the crossroads of Europe, for instance, cooperation between ÖBB (Austria), ČD (Czechia) and Deutsche Bahn (Germany) is opening up additional travel options to more arrival stations. Onward rail journeys within these countries can be booked for free by Ukrainians.

Correction: the Russian and Belarusian railways are suspended and not excluded from UIC as it was stated in the first version of this article