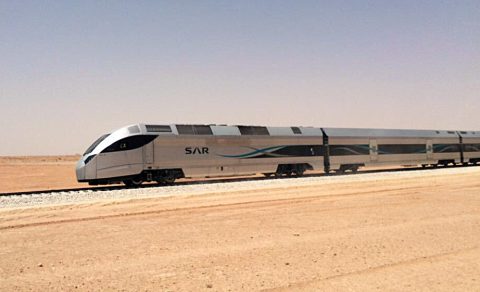 “New rail will criss-cross the Kingdom and add to the network we already have,” Al-Falih was quoted as saying in January. Saudi Arabia has three major rail way lines, including the 2,750-kilometre North-South line and the high-speed railway line between the holy cities of Mecca and Medina. Its existing network has a total length of more than 5,500 kilometres, according to the Saudi Railway Company.

The new network would add the kingdom’s first east-west connections, including a line between the capitol of Riyadh and Mecca. The plans also call for a railway connections with country’s southeast, such as the port city of Jazan. Finally, a host of new feeder lines are slated for construction.

The timeline for the various projects remains unclear, although it is expected that a number of lines will be realised under the Vision 2030 programme announced by Crown Prince Mohammed bin Salman in 2016.