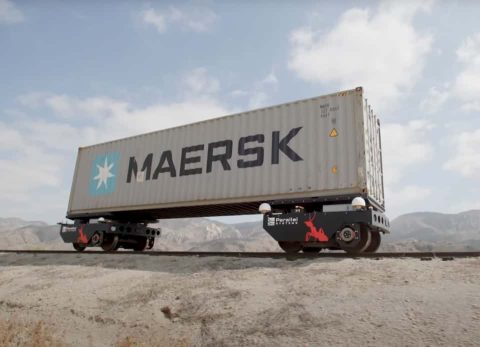 The funds that the start-up collected will be used to build a fleet of rail vehicles, execute advanced testing programs and grow the team. The company – in their own words – came out of stealth mode on Wednesday, and has revealed their innovative plans.

From trucks to rail

“We founded Parallel to allow railroads to open new markets, increase infrastructure utilisation, and improve service to accelerate freight decarbonisation”, said Matt Soule, co-founder and CEO of Parallel Systems. “Our business model is to give railroads the tools to convert some of the $700 billion U.S. trucking industry to rail.”

Parallel’s vehicle architecture combines innovative software and hardware with the historic rail industry to increase the utilisation of the rails. The autonomous battery-electric rail vehicles load and transport standard shipping containers as a single or double stacked load. The railcars, which are individually powered, can join together to form “platoons” or split off to multiple destinations while en route. The platooning technology is currently pending for a patent. The railroad’s closed network is ideal for the safe and early commercialisation of autonomous technology due to limited track access and centralised traffic control, says the company. 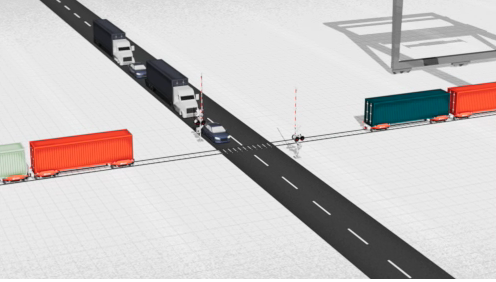 The rail vehicles are more flexible than traditional trains. According to Parallel Systems, the platoons do not need to accumulate large quantities of freight to make service economical, unlike traditional freight trains. This enables more flexible service and a wider range of routes, reducing the waiting times associated with loading trains that are miles long. The system can support service at a range of distances, from across a city to across the country. It also means that waiting times for other traffic at level crossings is reduced, because the vehicles can separate if they are blocking traffic.

Platoons can split in motion and route directly to multiple destinations. Parallel’s architecture will also bypass congested switching yards, which are historically used to manually sort and reassemble freight onto secondary trains, which could saving hours, or even days, of transit time, says the company. The ‘near continuous flow of containers’ through terminals should result in faster delivery times and higher quality of service.

Co-founder Soule: “the Parallel system can also help alleviate the supply chain crisis by enabling low cost and regular movement of freight in and out of ports. Parallel’s competitive edge is our autonomous battery-electric rail vehicles, which are designed to move freight cleaner, faster, safer and more cost effectively than traditional trains or trucks”.

Platooning is an interested concept. I encountered its first application with the ARAMIS PRT developed by MATRA Transport in the 70’s. PRT needed a complex, costly infrastructure. It never went beyond the demonstration stage. For freight transportation, it makes a lot of sense. The management of the modules’ energy levels will require a charging infrastructure with many stations fitted with many parallel, multi- berth lanes to enable the high level of service that platooning can deliver.