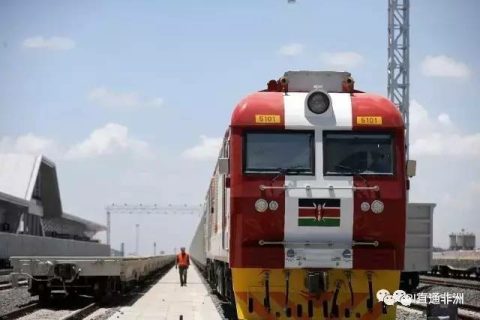 With the announcement, the UK government makes good on a deal first agreed two years ago between Kenyan President Uhuru Kenyatta and Prime Minister Boris Johnson. “We are delivering that ambitious, strategic partnership that was agreed by our two national leaders”, said Vicky Ford, Minister for Africa at the Foreign, Commonwealth & Development Office.

The investments are partly designed to counter moves by the Chinese, which have been pouring money into infrastructure development projects across the African continent in recent years.

As part of the deal, SNC-Lavalin Group member Atkins will design and build a new railway station with eight platforms. The transit hub will be constructed on a 425-acre site that will also house office towers and residential buildings.

While no time line for completion was communicated, the area surrounding the new station will take “many years” to complete, Kenyan government officials were quoted as saying. The first phase of the project will cost some 12 million dollars, Kenya Railways (KRC) officials estimate.

Work in Kenya is currently underway to switch from the old metre gauge railway (MGR) to the Standard Gauge Railway (SGR) or, where possible, to provide a seamless transfer from the MGR to the SGR. Last week, the KRC began trial runs to that end.