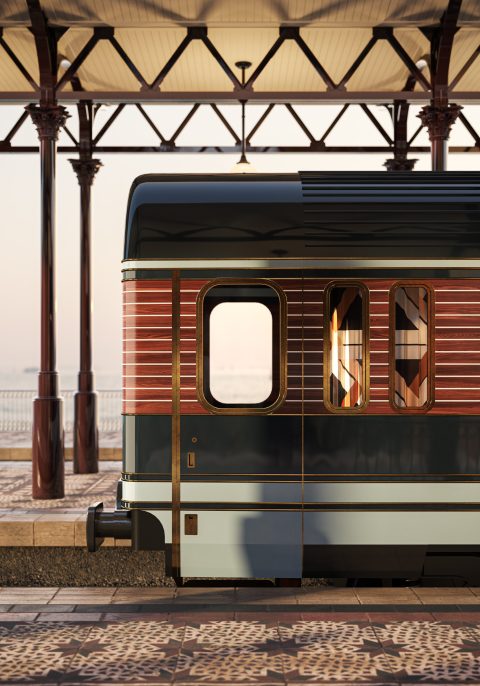 A new luxurious hotel train, the Orient Express La Dolce Vita, will run in Italy from 2024. It also offers international journeys to Paris, Istanbul and Split. The train continues the legacy of the world-class Orient Express, which started in 1883.

The new Orient Express La Dolce Vita is all about celebrating the 1960s and ’70s, a historic period in Italy known as ‘La Dolce Vita’, or ‘The Sweet Life’. It is a joint project between Trenitalia, part of Italy’s state railway company Ferrovie dello Stato, and investor Arsenale. Hotel group Accor is La Dolce Vita’s official hospitality partner.

The luxury coaches will visit over 128 Italian cities across 14 regions. It includes three international destinations from Rome to Paris, Istanbul and Split. The train’s first journey would start in January 2023, with an estimated 80,000 passengers transported by 2026. The launch date is however postponed to 2024. It will rival the Venice Simplon-Orient-Express, which is operated by Belmond and offers journeys once a week through Europe from London and Venice.

The luxurious Orient Express was made famous by being the stage in popular culture media such as the book ‘Murder on the Orient Express’ by Agatha Christie. This was inspired by a real event when a westbound Orient Express was stuck in snow for 5 days some 130 kilometres from Istanbul in 1929. The train also appears in the James Bond movie ‘From Russia with Love’, amongst many others movies and media. The train also played a role in an important historic event, when on November 11, 1918, German officers signed a surrender document in an Allied commander’s Wagons-Lits car at the end of World War I.

The Orient Express was a long-distance passenger train service created in 1883 by the Belgian company Compagnie Internationale des Wagons-Lits (CIWL). On October 4th, 1883, the first train left Paris for Istanbul, then still called Constantinople, and embarked with forty passengers on board. The round trip lasted 13 days. In the old days, the train travelled across Europe and into western Asia, with stations in London and Paris in the northwest and Athens or Istanbul in the southeast. Luxurious hotels were acquired and added to the service along the way.

The Orient Express is better described as a service, and not a specific train. It has had many different coaches and routes over the years. On May 20th 1977, the old-school Orient-Express made its last direct trip between Paris and Istanbul. Because air travel took over the market at the end of the 20th century, it became difficult for the Compagnie Internationale des Wagons-Lits, who was forced to sell some of its cars at auction.

Since the 1960s however, this service no longer ran until Istanbul, and it lost its Paris-Budapest Hungarian couchette car and Paris-Bucharest Romanian sleeping-car in 2001. Since 2007, its journey started in Strasbourg rather than Paris when the Paris-Strasbourg high-speed TGV line opened. On part of what was once its Orient Express route, ÖBB is once again running trains, from Paris to Vienna. These NightJets have started in December 2021.

Today’s privately-run Venice-Simplon Orient Express which started in 1982, aims for the splendour of the original, similar to the upcoming La Dolce Vita train. For the right price, you can still go for a ride in its restored original Compagnie Internationale des Wagons-Lits cars. The journey from London to Venice takes 24 hours and costs over 2,600 euros per person one way, including meals. Prices for the Orient Express La Dolce Vita will be similar, with trips averaging around 2,000 euros per person per night.

“It is thrilling to be bringing the refined nomadic spirit of Orient Express back to life for a new generation of travellers”, says Stephen Alden, CEO Raffles and Orient Express at Accor. “The original train route was innovative in the way it paradoxically brought cultures together, history with modernity. As artisans of travel, we wish to revive this old-world, awe-inspiring ‘journey to elsewhere’.”

“Against the backdrop of breathtaking panoramas and a unique blend of cultures, we are convinced that travelers will have unforgettable experiences in Italy with Orient Express La Dolce Vita.”